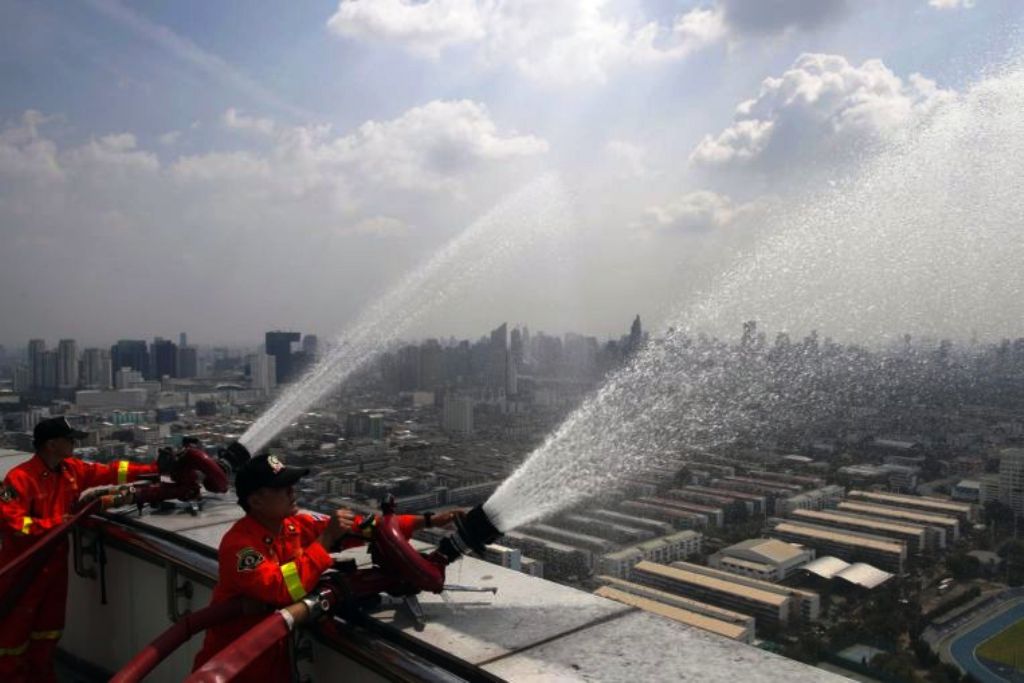 Thailand’s National Environment Board reports it will issue anti-smog measures concerning the limited use of vehicles. Natural Resources and Environment Minister Varawut Silpa-archa said the measures will be released tomorrow.

The National Environment Board is chaired by Deputy Prime Minister Prawit Wongsuwon. Initially there may be measures to reduce the use of trucks and general vehicles on streets. Some measures may affect people and cause inconveniences. We must apologize for that,” he said.

Furthermore when asked if the government would procure giant air purifiers, Mr Varawut said there under consideration. However, they wouldn’t solve the problem at its root cause. Above all everyone would like to see an increase in green areas, he said.

The Bangkok Metropolitan Administration (BMA) reported that smog levels were unsafe in 14 out of 50 districts.

The smog was also relieved a little thanks to easterly and southeasterly winds, it said.

Schools Closed due to Smog

Meanwhile, the BMA has ordered 437 schools to be closed as smog has hit dangerous pM2.5 levels. Parents are also demanding drastic action against smog in Bangkok.

Saint Dominic — an all boys school located in an area, where dust particles in the air have been very high — announced early on Tuesday that it will be closed from today until Friday.

However, since not all schools in Bangkok are closing, many students will still have to inhale bad air.

Sophavadee Sankosik, the mother of a 13-year-old girl, also asked if closing schools will really solve the problem.

“The question is: what will we do if the pollution is prolonged for another month? Will we close schools every time the PM2.5 levels exceed safe limits?” she asked.

She said the government should impose long-term measures that solve the problems. Imposing short-term measures such as closing schools every time smog exceeds safe limits isn’t the answer.