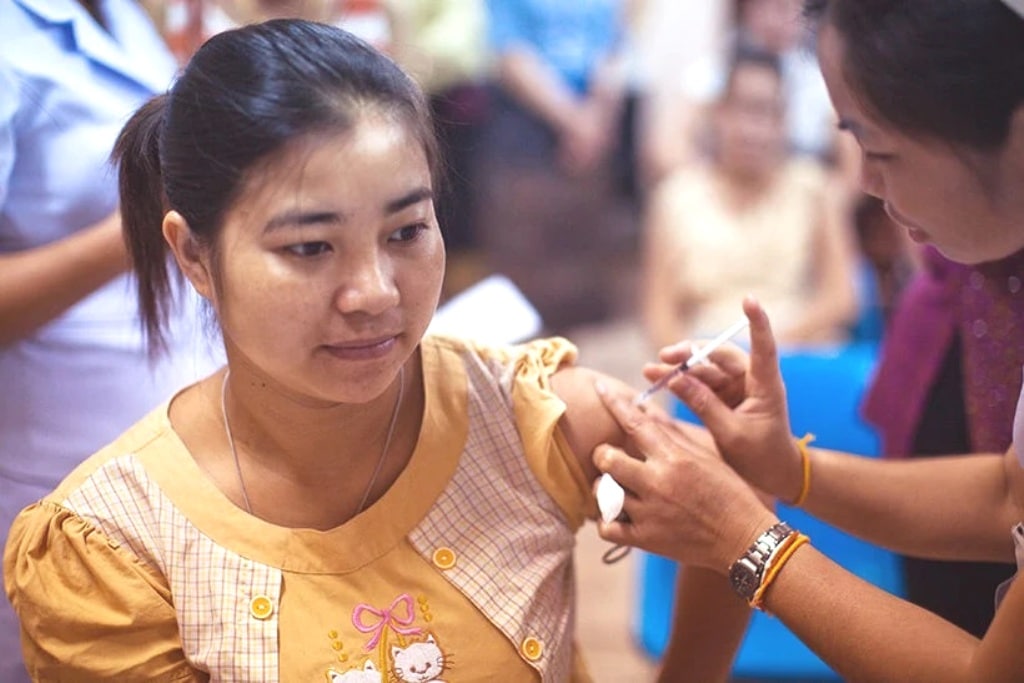 Thailand’s Government said on Monday it would start its covid-19 vaccination program next month by administering the AstraZeneca vaccine to high-risk groups, as it faces accusations of being too slow to secure vaccines.

Health workers in Samut Sakhon province, the epicentre of the latest outbreak, where more than 900 infections were reported on Monday, would be the first to get the covod-19 vaccine with the initial delivery of 50,000 doses.

The elderly and people with chronic diseases would also be a priority, officials said.

Thailand’s food and drug administration last week approved AstraZeneca’s vaccine for emergency use. The ministry has yet to grant authorization for that of Sinovac Biotech, of which Thailand has ordered 2 million doses.

Health Minister Anutin Charnvirakul on Monday said AstraZeneca would be supplying 50,000 fewer doses of the vaccine than the 200,000 Thailand had ordered.

“With the orders they have at hand, they just confirmed to us, they would supply 150,000 doses,” Anutin told reporters, without elaborating, adding Thailand had initially requested 1 million doses.

The government has been criticized for taking too long to procure vaccines while neighbours in Southeast Asia start vaccinations or race to secure supplies from multiple companies. The government has rejected the criticism.

Thanathorn Juangroongruangkit, a prominent politician, has said the strategy relied too much on one company, Siam Bioscience, a firm under the holdings of King Maha Vajiralongkorn, which will manufacture the AstraZeneca vaccine locally for regional distribution. That deal is separate to the imported doses direct from the company.

Two leaders of an anti-government protest movement held a small demonstration on Monday to protest what they said was preferential treatment for the Siam Bioscience.

Siam Bioscience has declined to comment on that allegation. Prime Minister Prayuth Chan-ocha on Monday reiterated the agreement was above board.

Siam Bioscience said on Monday it was altering its manufacturing plan to pour all available resources into producing the vaccine and meeting AstraZenca’s standards.

Later on Monday, Samut Sakhon province reported 914 new cases there alone, the majority of which were found as a result of a new province-wide mass testing effort that authorities said would take place for a week.

The new Samut Sakhon number will be reflected in the countrywide tally on Tuesday morning.