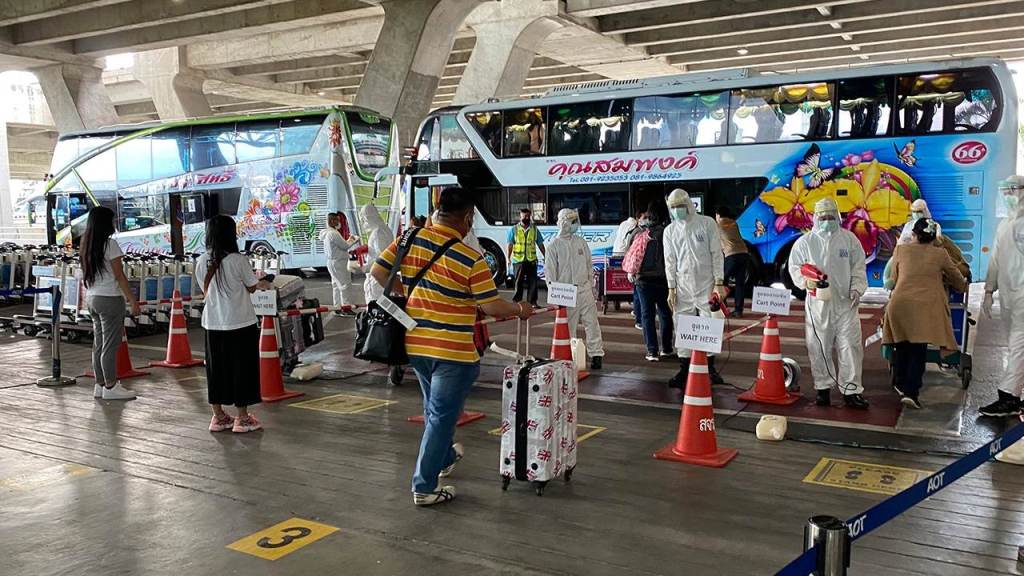 Thailand’s Centre for Covid-19 Situation Administration (CCSA) said 19 people arriving in Bangkok were quarantined after being found to be infected with Covid-19. The cases were reported on Friday, all were quarantined arrivals and 14 of them were Thai citizens.

Four were from Saudi Arabia. Three of them were Thai students – boys aged 5 and 10 and a girl aged 12, and the fourth a Thai woman teacher, 40.

Three cases were from the United States – Thai men aged 30 and 75 and an American man aged 61.

Two were Indian nationals arriving from India, both men – a company employee aged 32, and an engineer, 40.

Two cases were from Germany – Thai women aged 26 and 52. Furthermore two others were from the Republic of Georgia – a Thai masseuse, 30, and Thai businesswoman aged 37.

Thailand has signed an advance agreement with AstraZeneca to secure a supply of its Covid-19 vaccine and for local production with technology from the British-Swedish firm.

The agreement comes amid reports that AstraZeneca is preparing to conduct new global trials, after critics questioned aspects of an earlier trial that produced results showing up to 90% efficacy of the vaccine. However, CEO Pascal Soriot said he didn’t expect the additional trial to hold up regulatory approvals in the UK and European Union.

In addition to supplying the vaccine to Thailand, AstraZeneca will also support the local mass production of the doses by Siam Bioscience.

Furthermore the number of doses to be supplied to Thailand was not disclosed. But Prime Minister Prayut Chan-o-cha said on Thursday that the contract was for the purchase of 26 million doses, enough for 13 million people, as each person needs two shots.