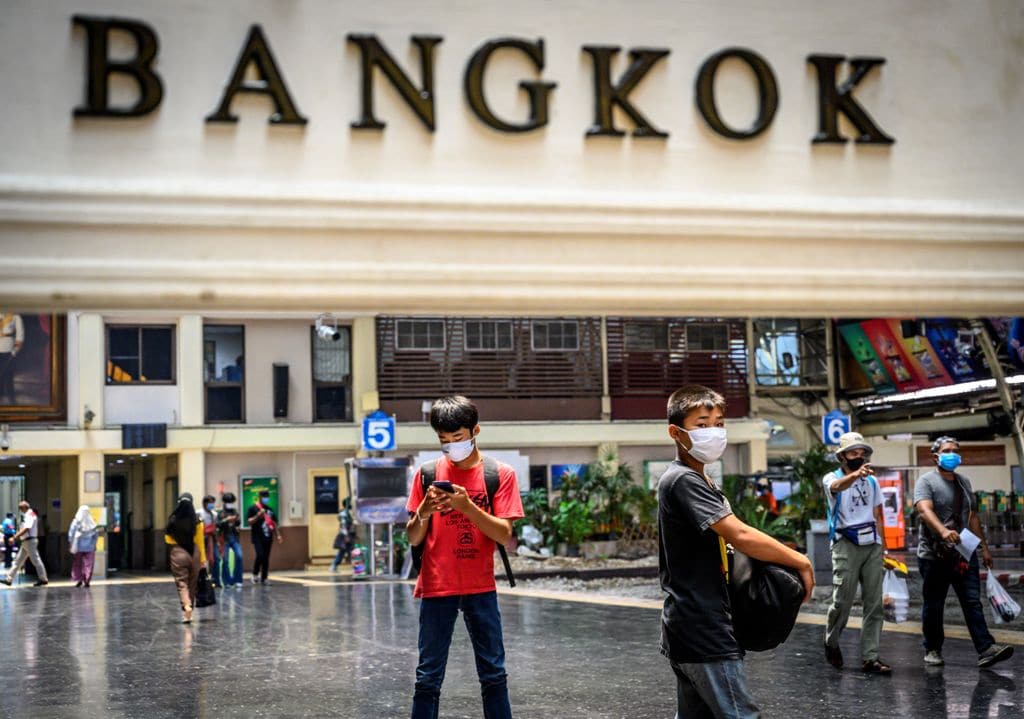 Bangkok has led in terms of new local Covid-19 cases in Thailand on Saturday, with 18 new cases, as 110 cases were added in total. Of the new covid-19 cases, 64 were infected locally; 30 were migrant workers found infected through active case finding in Samut Sakhon; and 16 were arrivals in quarantine from 10 countries, according to the Centre for Covid-19 Situation Administration.

Of the new local infections, three were Myanmar nationals and the rest were Thais. The cases were found in the capital and 16 provinces, led by Bangkok (18), Phetchaburi (10), Samut Prakan (7), Chai Nat (5), Ratchaburi (4), Nakhon Ratchasima (3) and Rayong (3). (see map below)

Saraburi, Satun, Chachoengsao and Chaiyaphum saw two new cases each while Ayutthaya, Pathum Thani, Trang, Khon Kaen, Pichit and Songkhla reported one case each according to the Bangkok Post.

Of this group, 60 were linked to the Samut Sakhon cluster; three were in contact with previously confirmed cases; and one was under investigation. Among the 30 new migrant worker cases in Samut Sakhon, more than 90% showed no symptoms, said the CCSA.

The Disease Control Department held a briefing on Saturday afternoon about a new cluster it had found — a gambling den in Rayong province.

Director Opas Karnkavinpong said nine new cases had been reported from there and the test results of four others had yet to be confirmed, he said. He pointed out the re-emerging of cases in Thailand since last week previously originated from two clusters.

The first was the central shrimp market in Samut Sakhon where 10,411 people were tested as of Saturday and 1,337 or 12.8% were found to be infected, he said.

The second cluster was linked to a big bike party on Lanta Islands in Krabi province on Dec 9, where 19 people were infected, he said. However, it was under control as the guests had registered before entering.

Meanwhile, Thailand’s Prime Minister has signed an order curbing mass gatherings and restricted movement in and out of disease-control areas. The order also restricts movement of migrant workers. The new rules will also be strictly enforced under the emergency decree, above all to curb the new outbreak of Covid-19.

The announcement published in the Royal Gazette on Friday. Its details a set of regulations under Section 9 of the decree, which was first imposed nationwide on March 26. The emergency decree has been extended several times since then. The latest extension is valid until Jan 15, 2021.

Thai Returnee Jumps to her Death from ASQ Hotel in Bangkok