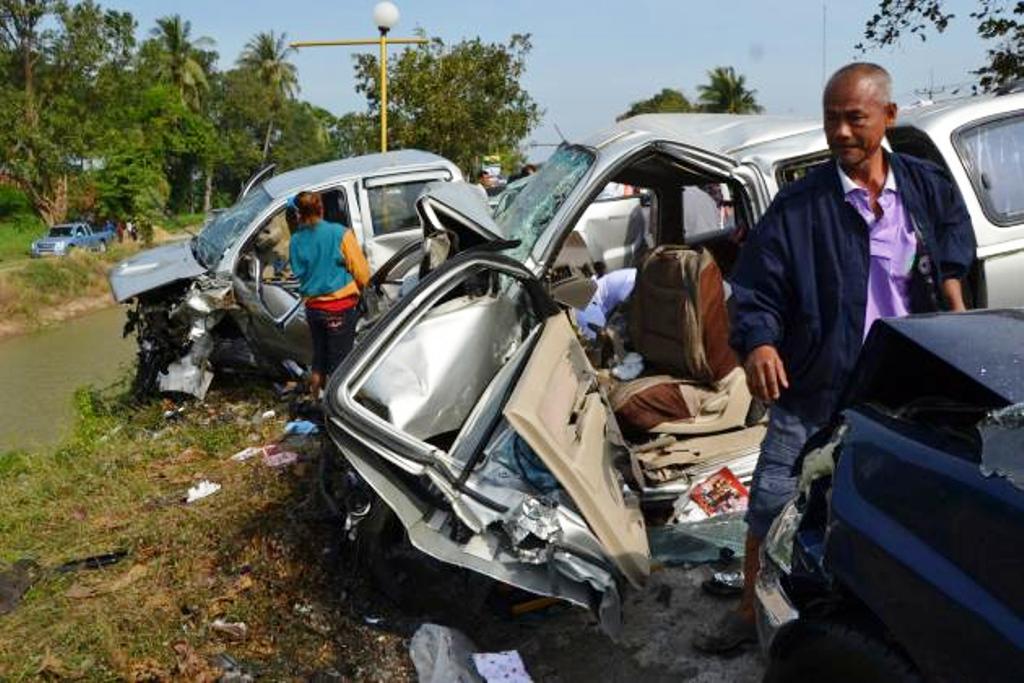 Despite recent covid-19 outbreaks nationwide Songkran holiday makers have started heading to their home provinces for the Thai New Year. Like every year the Songkran holiday is responsible for a large increase in road accidents, injuries and deaths.

The Road Safety Centre (RSC) yesterday reported the outcome of the first day of operations for the Thai New Year, to prevent traffic accidents during the “seven dangerous days” of the holidays that started on Saturday. It was found that road safety during the first day of the holiday period did improve, as the number of accidents, injuries and deaths were lower to the same period in 2019.

On the first day of the Songkran holiday the Road Safety Centre reported 25 were killed and 356 injured in 348 road accidents throughout the Nation on Saturday.


Disaster Prevention and Mitigation Department director-general Boontham Lertsukhikasem said on Sunday that the numbers were considerably lower than the average daily death toll on Thailand’s roads throughout the year. About 20,000 people die in road accidents each year, or about 56 deaths a day.

According to Mr Boontham, speeding was to blame for 31.61% of the accidents on the first day of the Songkran holiday. Accident deaths were followed by drunk-driving (22.99%) and sudden lane-switching (20.40%); 82.91 of the traffic accidents involved motorcycles, while 7.56% were pickup trucks and 3.92% cars.

Throughout the Kingdom, there are 1,913 main checkpoints manned by a total of 60,201 officials. A total of 342,028 vehicles were stopped for a check and 58,347 of drivers cited for various offences, including 14,852 for not wearing safety helmets and 16,125 for driving without a licence.