Thailand Prime Minister Refuses to Step Down Despite Protests
Advertisement 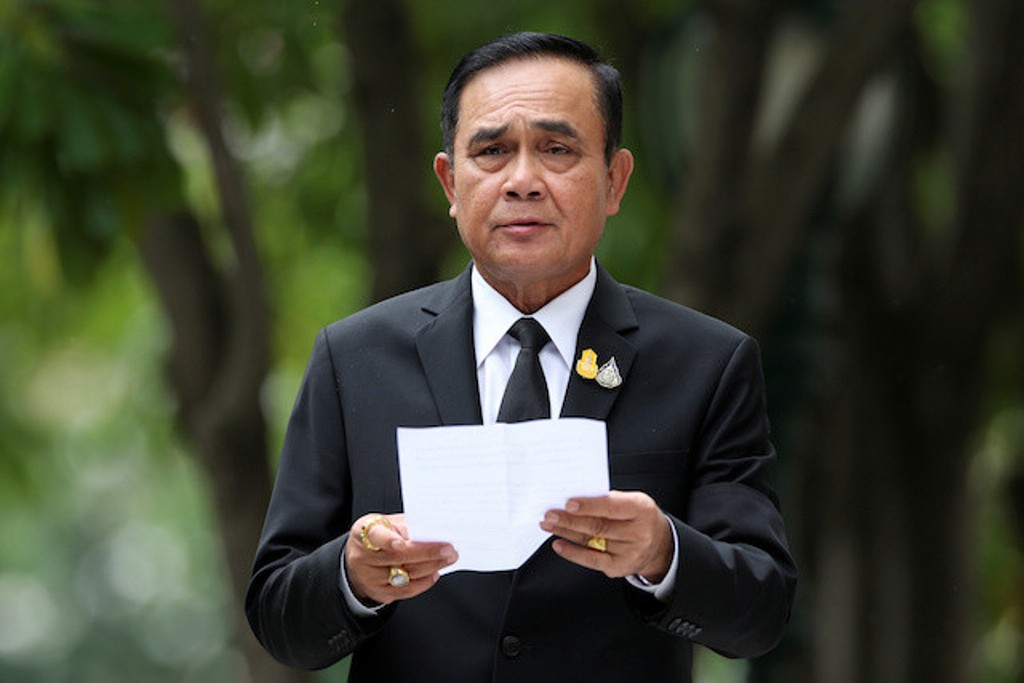 Thailand convened a two-day emergency session of parliament on Monday, hastily called to deal with the enduring anti-government protesters that are demanding constitutional changes, reforms to the monarchy and the resignation of Thailand’s Prime Minister Prayuth Chan-ocha.

“The prime minister must resign,” said opposition leader Sompong Amornwiwat, echoing demands of tens of thousands of protestors who had set a deadline of last Saturday for the premier to step down. Prayuth also refused.

“The government is sincere in solving the problem and committed to following the law in doing so,” Prayuth told reporters at a Buddhist temple Saturday after the 10 p.m. deadline passed.

Protesters are standing firm on three major demands: the resignation of the prime minister, the rewriting of the military-drafted constitution and reform of the near-absolute power of the monarchy. At the heart of their anger stands the prime minister who many accuse of a political power grab years in the making. In 2014, then-general Prayuth Chan-ocha was appointed premier after a bloodless military coup in 2014. In 2019, he was elected prime minister in a general election, running as a civilian after stepping down from the army.

That vote has been criticized for being “heavily tilted to benefit the military junta” by the election monitor Asian Network for Free Elections. Critics of Thailand’s current constitution allege it was written in such a way as to allow the prime minister to retain power after the 2019 elections.

On Monday, protesters marched to the German Embassy in Bangkok, reportedly to draw attention to the time the monarch spends in the country.

Criticism of Thailand’s royal family has been taboo and criminal under a statute known as Section 112 of the Thai Criminal Code. It states that anyone who defames, insults or threatens the king, the queen, the heir-apparent or the regent shall be punished with a prison term of between three and 15 years. The people of Thailand have traditionally believed the king is a living god – until this generation.

“By not allowing the people to criticize the monarchy, it’s simply stating that they are above us,” said Ang-Ang. “And ultimately, what we’re fighting for is democracy, freedom and equality.” On October 14, a group of protestors allegedly harassed Queen Suthida’s motorcade – a move they deny. The prime minister, who serves with the king’s literal blessing, then enacted a “severe” state of emergency banning gatherings of five or more people and targeting four media organizations critical of the government.

“They always do that, because you have to understand that all the television stations in Thailand are under control by the national broadcasting and telecommunication commission. They can be influenced by the government,” said Voice TV national anchor Teerat Ratanasevi. “We have the police in front of our office every day.”

A Thai court ordered the online broadcaster to suspend operations on October 20, alleging the dissemination of “false information.”

“But what we really did in the field is we just put our camera live to let our audiences see what’s going on. We don’t have any anchor. We don’t do any live programing. So we wondered what we did wrong, why they tried to shut us down,” Ratanasevi told CBS News. Voice TV’s suspension was also reviewed, then lifted one day later.

Ratanasevi also served as spokesperson for the government of former Prime Minister Yingluck Shinawatra, whose government was deposed by the current military-backed leadership.

“We see the people need change in Thailand,” Ratanasevi said. “We’ve been under a dictatorship for the past seven years.”

“I’d say that it’s very hard to predict where it will end, because I do not think that General Prayuth Chan-ocha will resign,” youth activist Ang-Ang said. “And…all the decisions, they’re ultimately made by our current king…or those close to him.”