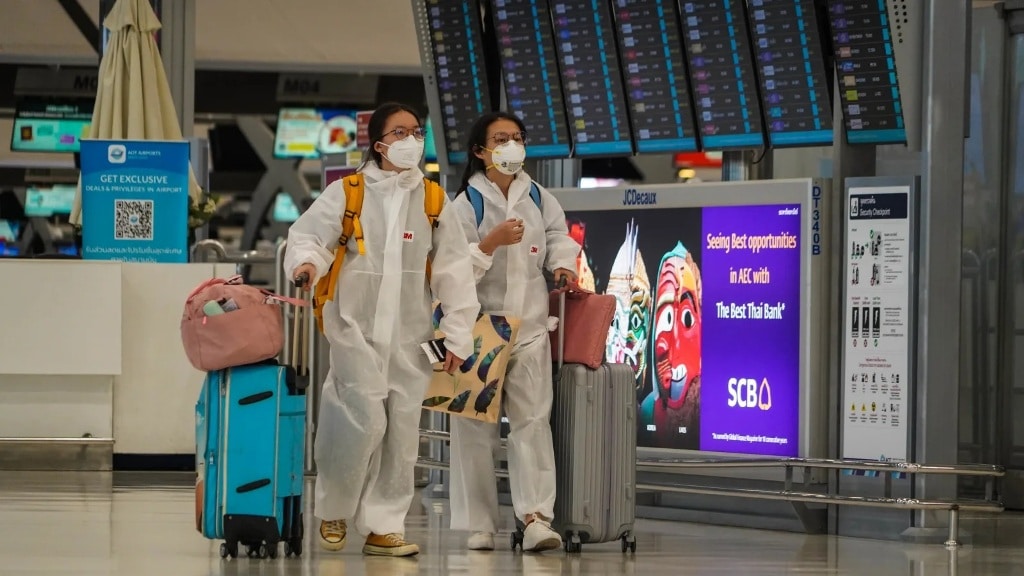 Thailand on Monday widened its international travel ban to arrivals from Pakistan, Bangladesh and Nepal in a bid to prevent the spread of the B.1.617.1. Covid-19 variant from India.

The travel ban comes after a pregnant 42-year-old Thai woman tested positive for the B.1.617.1. Covid-19 variant variant from India in state quarantine. She arrived back from Pakistan on April 24.

The Thai woman and her youngest son are the first cases of the variant recorded in Thailand, said the Centre for Covid-19 Situation Administration on Monday.

The temporary travel ban was thus extended from India to its northern neighbours. However Thai nationals and holders of diplomatic passports are exempt from the travel ban.

Meanwhile, Thailand recorded 1,630 new cases of the UK variant of covid-19 on Monday. Thankfully lower than Sunday’s tally of 2,101, taking the accumulated total since the beginning of the pandemic to 85,005.

CCSA assistant spokeswoman Apisamai Srirangson said two died the same day they received their test results, while seven others passed away within a week of their diagnoses.

“These cases confirm that if you develop symptoms, you should contact officials for testing as soon as possible,” she said.

The number of new cases in Bangkok dropped by almost by half from the 980 recorded on Sunday to 565 on Monday, but the capital still logged more cases than any other province. Nonthaburi came second with 158 cases, followed by Samut Prakan (116) and Samut Sakhon (85).

Clusters under close surveillance in Bangkok were Soi Phetchaburi 5 and 6 in Ratchathewi district and an office building in Yannawa district, she said.

There were also eight imported cases logged on Monday, one case from each of eight different countries — Bahrain, Croatia, India, Ireland, Qatar, Russia, Turkey and the United States.