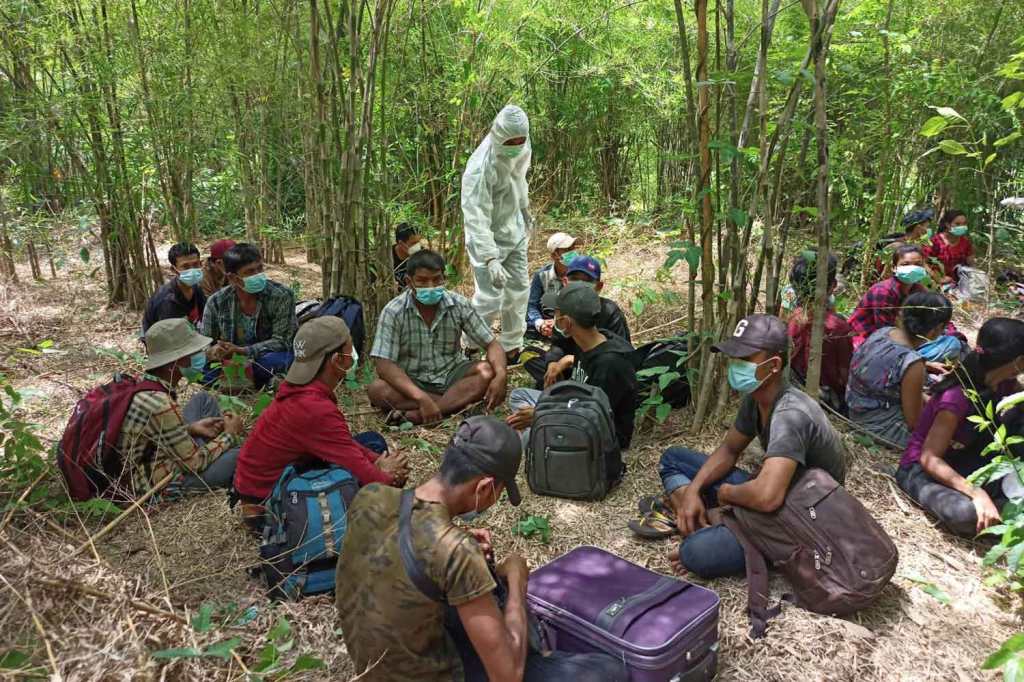 As Thailand struggles to contain the resent outbreak of the UK variant of Covid-19 authorities are cracking down on illegal foreign workers and employers who hired them.

Labour Minister Suchart Chomklin said on Thursday the ad-hoc teams were assigned to investigate, arrest and bring labour-related offenders to justice. They have been granted the power to do this across the country.

The ministry’s move came after thousands of foreign migrant workers, especially from Myanmar, Laos and Cambodia, have crossed in Thailand. The government is now stepping up efforts to curb the latest wave of the UK variant of Covid-19 that virologists believe was spread from Cambodia.


Mr Suchart said the cabinet had agreed on Dec 20 last year to ease measures for Cambodian, Lao and Myanmar to let them work legally during the new pandemic wave in Thailand.

Furthermore, to help employers run their businesses, on Jan 26 and April 7 this year, respectively, the cabinet agreed to extend Covid-19 screening and introduce a biometrics program for migrants to submit work permit applications to the Employment Department until June 16.

Nevertheless, he said the ministry would impose laws to control migrant worker flows after the easing ended.

“We aim to strictly impose laws targeting three groups: employer and stakeholders who are involved with illegal migrants; migrants who enter and work in the kingdom illegally, and migrant workers who did not send information required for their work permits online by Feb 13 this year,” he said.

Pairoj Chotikasatien, deputy permanent secretary for labour, said on Thursday that during the 2021 budget year (October 1, 2020 – April 22, 2021), 647 employers out of 23,103 were prosecuted as they allowed migrants to work without legal documentation and 541 out of 331,689 migrants were punished for working in the kingdom illegally.

Mr Pairoj warned that migrants without work permits or working beyond the scope of what is allowed in their permit would face 5,000-50,000 baht fines and they would be sent back to their home countries after being punished in Thailand.

Employers who allowed such employment would be fined 10,000–100,000 baht per illegal migrant, Mr Paoroj said.


If the crime is repeated, an employer would face less than a year in prison or a 50,000–200,000 baht fine per illegal migrant, or both, and they would be banned from hiring migrants for three years, he said.

In a related development, 13 more job seekers from Myanmar were arrested for illegal entry in Muang district of Kanchanaburi on Wednesday night, bringing the number of illegal migrants caught in this border province in three days to 131, authorities said on Thursday.

A patrol of soldiers, police and local officials spotted a group of people walking through a forest in tambon Ban Kao in Muang district around 9.30pm on Wednesday night. All carried bags of belongings. They were stopped and searched.

There were seven men and six women, all Myanmar nationals with no travel documents.

Face Mask Become Mandatory in Thailand, Wear One or Pay a Hefty Fine