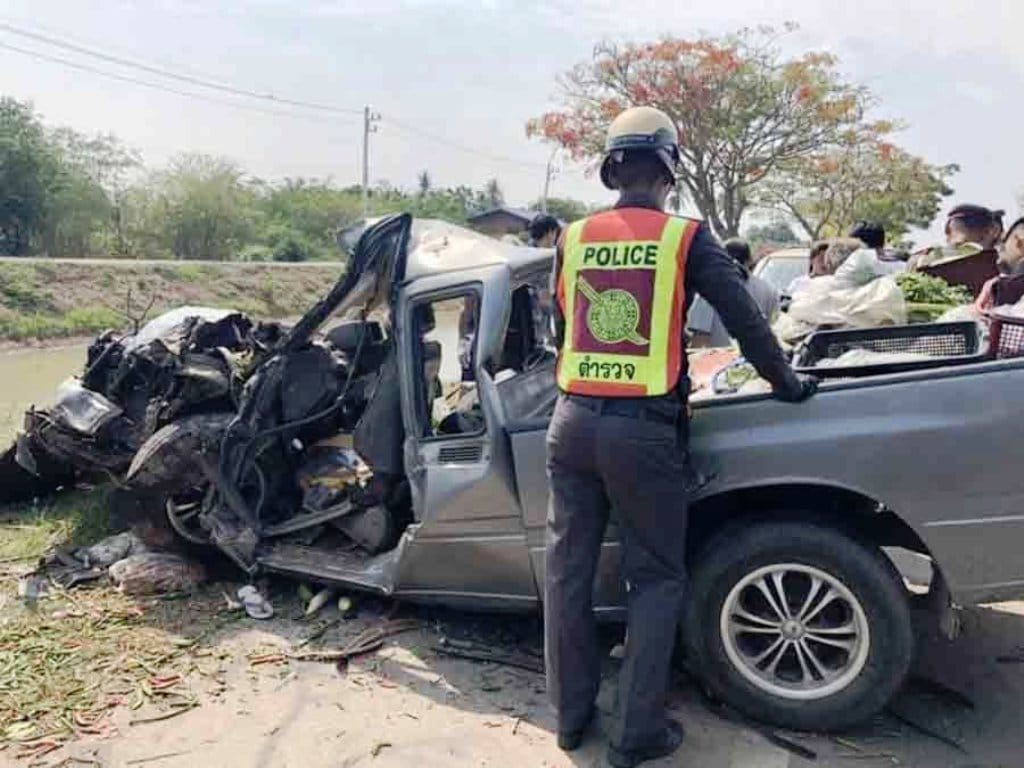 Thailand’s cabinet on Tuesday approved a higher speed limit of up to 120 kilometres per hour on national and rural highways. Deputy government spokeswoman Traisuree Taisaranakul said the cabinet yesterday approved in principle a draft regulation on speed limits on highways as proposed by the Transport Ministry.

The regulation is applicable to highways with at least two lanes running in the same direction and traffic islands with barriers. The roads also must not have a ground-level U-turn slot. The new speed limits are expected to improve traffic flow, she said.

Smaller motorcycles will not be allowed to exceed 80kph, while those with 400cc engines and 35-kilowatt engines and above are limited to 100kph. School buses must not exceed a speed limit of 80kph.

The speed limit for vehicles travelling in the furthest right lane is no less than 100kph.

Year by year, Thais are killed on the roads with an average of around 12,000 persons per year or about 2 persons per hour. In other words, every day, approximately 50 Thai people will never return home because of road accidents.

Speeding, drunken driving and failing to wear proper helmets are the primary causes of traffic deaths in the country, Thai officials say. While the laws are there to combat each of those factors, enforcement is not.

Thailand’s road network stretches for some 500,000km in all, with around 400,000km being rural roads under local administration. It is this latter category that poses much of a problem, as boosting safety is the responsibility of local administrations that have few resources or expertise available to deliver the necessary improvements.