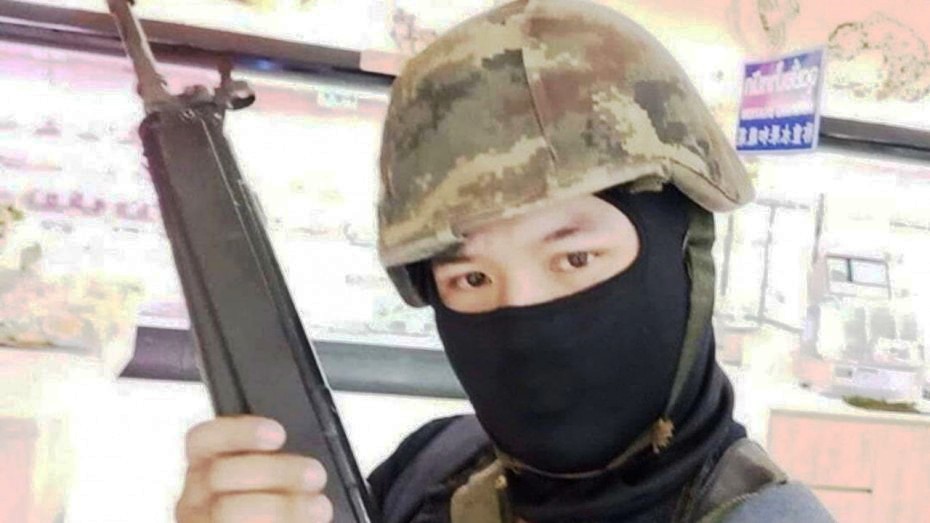 A burning grudge with an expertise in weaponry expertise can be a very bad mix, as proven tragically in a Thai soldiers shooting spree. A case where Sgt. Major Jakrapanth Thomma, went on Thailand’s first massive shooting spree.

Sgt. Major Jakrapanth was just a normal low-ranking soldier, his background was nothing extraordinary either. He spent his childhood in Chaiyaphum and finished his secondary school in the northeastern province. Standing out in an otherwise unremarkable military resume was his specialized shooting skills. Something good soldiers should possess anyway.

The “normality” was until recently, of course, when a real estate deal involving a superior and himself reportedly turned fishy. Sgt. Major Jakrapanth was reportedly at the wrong end of a real estate deal gone bad. Even more his extreme bitterness was noted among people close to him, Thai PBS reports.

On Saturday as the siege at Terminal 21 shopping mall in Nakhon Ratchasima was turning bloody, he posted about his brutal activities on Facebook. Which was later banned by Facebook. The banning, however, came too late to stop the eerie details of his social media postings from becoming viral. “I’m tired. Can barely move my fingers,” he posted at one point, apparently referring to his conditions during the killings.

“Sh…! Cramp!” another post said. Yet another one said he killed three for revenge. While the other victims were shot at for self-defense.

From his Facebook, he seemingly pondered giving himself up. “Should I surrender?” he posted. Also, he preached about greed, death and hell. “Do they think they could spend money if they went to hell?” one post said.

The “surrender” part contradicted the hostage taking and high number of casualties, however. Hundreds of police and military commandos were mobilized to the mall and fierce exchanges were reported. A senior police officer insisted that up to Sunday’s early morning, there were no signs of the standoff being settled without bloodshed. Police said he shot some hostages before his downfall.

After his death, details have begun to emerge on a real estate buy going awry. Initial press reports mentioned a property-for-soldiers project that one of his superiors was involved. How deals went would be subjected to media scrutiny in the next few days. But the Thai soldier apparently thought he did not receive a fair treatment.

Victims of bad or crooked deals might have just thought about revenge. Jakrapanth, 32, who thought he was entitled to some returned cash, which would never come, took real action, aided by his weaponry and military tactical know-hows. “Are they dead?” he asked in his Facebook, referring to those he thought deserved to die.

His mother also showed up at the scene. She was tearful, wailing, and was heard asking around a question that everyone was asking: “What happened to you, son?”

He reportedly wanted tens of thousands of baht back but would not get it. The man snapped on Saturday, February 8. The first few killings seemed related to his financial problems and the real estate deal. However then the vengeful brutality went from bad to worse. He broke into an armory warehouse and took off in a Humvee fully and armed.

From then, what was hardly comprehensible turned tragically illogical completely.