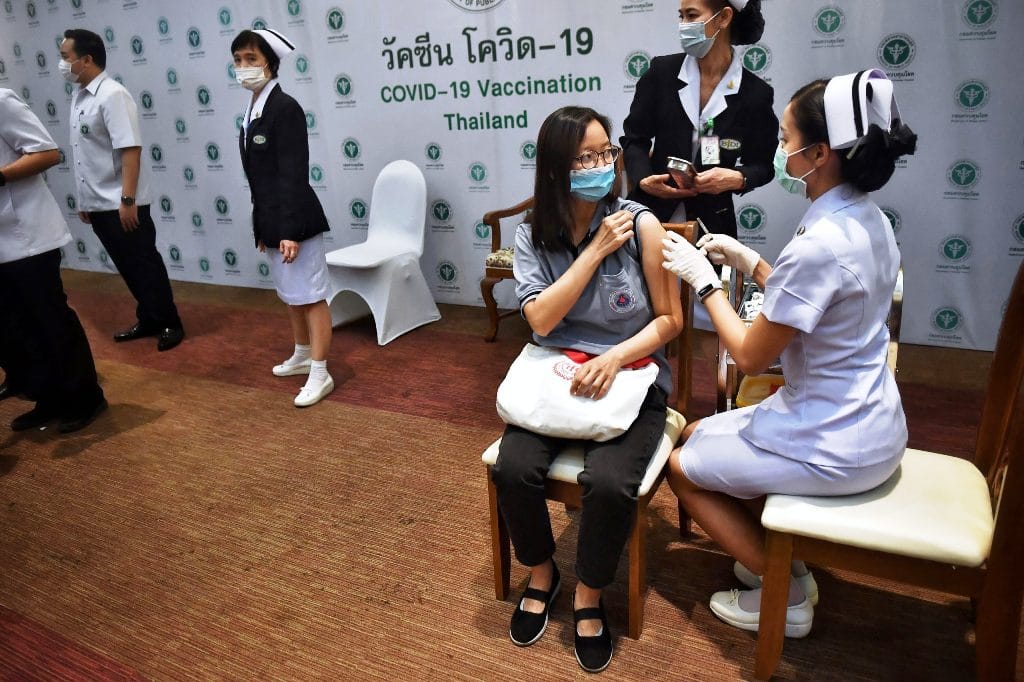 Senators on Tuesday called on the government to improve its vaccine distribution plan as the third wave of the covid-19 pandemic shows no sign of slowing down.

Senate Speaker Pornpetch Wichitcholchai allowed members to discuss the Covid-19 pandemic and most zeroed in on the government’s vaccine rollout and relief measures.

Senator Somchai Sawaengkarn said migrant workers and employees in the industrial sector should be given priority for jabs after factories in several provinces had been hit by repeat clusters of infections.

He said an initial plan to wait until August before vaccinating migrant workers would be too late and said the private sector could speed up the program by procuring its own quota of vaccines via the government and distributing them to those most in need.

Mr Somchai also called on the government of Prime Minister Gen Prayuth Chan-o-cha to work harder to counter false reports about the vaccination program on social media which were causing widespread confusion.

Jate Siratharanont, chairman of the Senate committee on public health, said Gen Prayuth administration should re-allocate the vaccines and distribute supplies to the worst-hit provinces.

He said 40 provinces had reported few or no new infections in the current wave, so the government should consider diverting some supplies to those areas hit by clusters.

Many provinces left out of vaccine plan

Senator Gen Lertrat Rattanawich proposed that the government consider granting 5,000-baht handouts to specific groups in the next phase of its Covid-19 relief scheme without dictating how the money should be spent.

He said recipients of the Rao Chana (We Win) and Rao Rak Kan (We Love Each Other) relief schemes could only spend their money on essential items but some had abused the schemes by trading their store credits for cash to pay for other expenses.

Meanwhile, Bhumjaithai Party MP for Kanchanaburi Yotsawat Mapaisarnsin on Tuesday slammed Gen Prayuth’s administrations vaccine rollout plan after the western province was left out of a list of 17 provinces to get vaccines in July under the June-September distribution plan.

Bangkok, Samut Prakan, Nonthaburi, Pathum Thani and Phuket are expected to receive their first doses next month with 17 border and tourist provinces following them in July.

Mr Yotsawat said vaccination was key to the country’s plan to welcome back tourists, so Kanchanaburi should be placed among priority provinces.