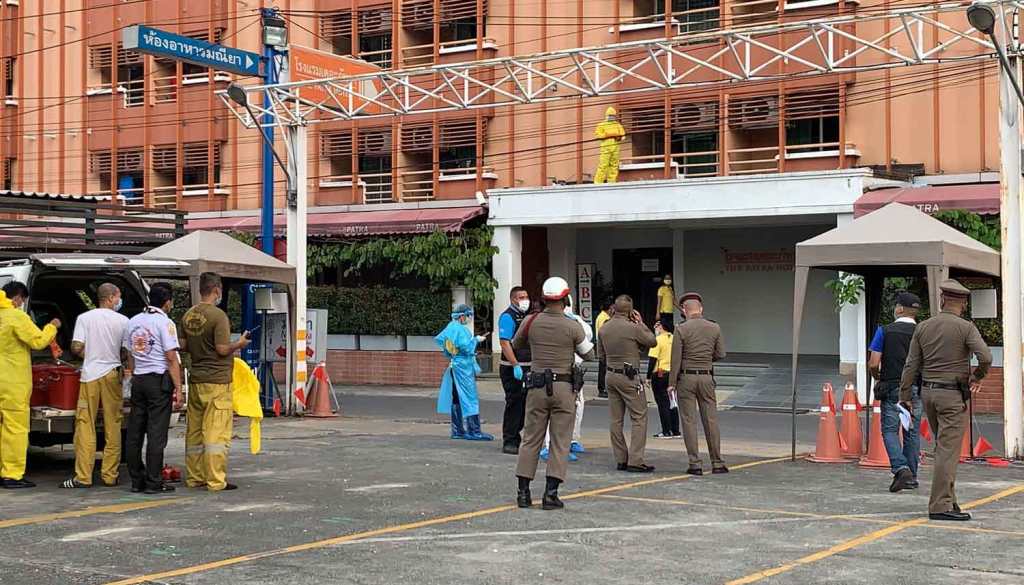 A Thai woman who recently returned from South Korea plunged to her death from her room at a Alternative State Quarantine (ASQ) Hotel in Bangkok on Sunday afternoon.

Bangkok Police were informed of the death at about 2pm. Pol Col Wichai Narong told the Bangkok Post that the woman’s room was on the seventh floor of the Patra Hotel a alternative state quarantine hotel. Her body landed on the second-floor balcony.

The woman, 51, departed South Korea on a repatriation flight from South Korea at 11.10pm on Thursday. She checked in at the hotel at 1.52am on the same night for a 14-day quarantine. Her first test for Covid-19 was negative.

The woman was identified only as Ms Surarak. Police found a short letter she left in her hotel room describing tension over many personal and financial problems.

Thailand’s mental health department reports that the suicide rate in the Kingdom has set off alarm bells among health officials. Mental Health officials are certain that the increase is related to the Covid-19-19 outbreak, that has made peoples lives more stressful.

Personal problems, depression, economic pressure and alcohol were the reasons for people committing suicide. The Mental Health Department released the report for the World Suicide Prevention Day on Thursday.

The increasing suicidal rate this year has reminded public health officials of the financial meltdown in 1997 as it followed the same pattern. The rates of people committing suicide after the 1997 financial crisis leaped by between 20% and 30%, it added.

Department director-general Kiattiphum Wongrajit also linked the increase in the suicide cases this year to the outbreak of the deadly virus and described the trend as “worrisome”. His assessment was in line with various studies in Thailand and abroad.