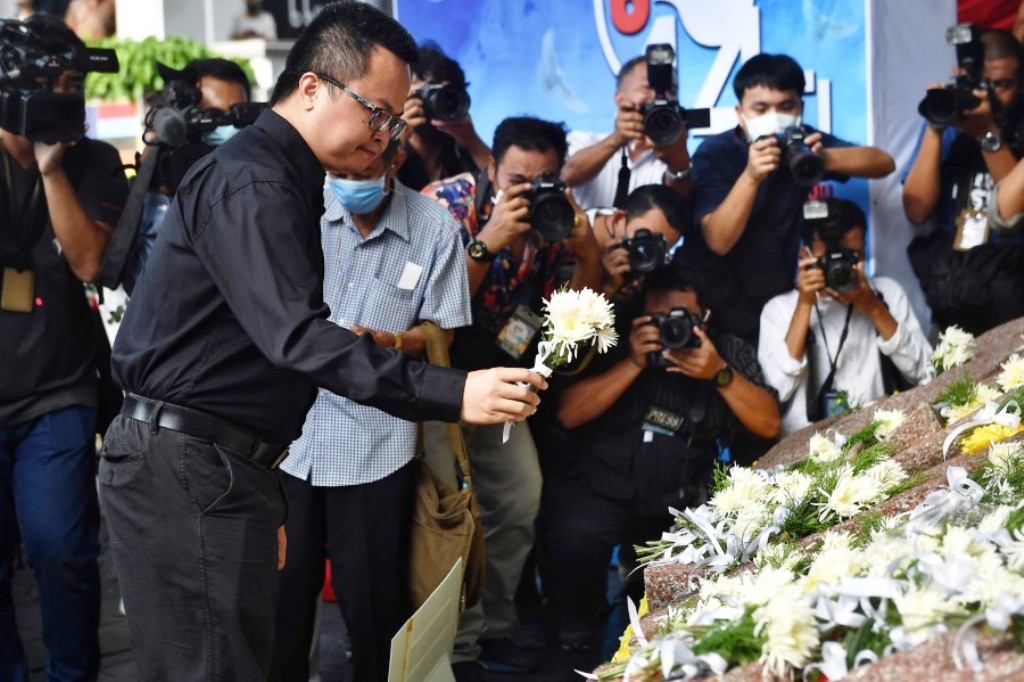 The Oct 6, 1976 killings, carried out by security forces and royalist militias, stand out for their brutality.

At least 46 student protesters in Bangkok were shot, beaten to death or hanged from trees as they rallied at Bangkok’s Thammasat University. They were rallying against the return of a military dictator who was ousted from power just three years earlier.

Nobody has ever been held accountable for the bloodshed. Critics say its a reflection of an ongoing culture of impunity for the country’s military.

Thailand is presently in the midst of pro-democracy anti-government movement. With organized demonstrations by Thai protest leaders across the country. Demanding the ousting of the military-aligned government.

Representatives from the pro-establishment Democrat Party also attended the ceremony.

The current student activists have studied Thailand’s history and are unafraid to discuss “the root cause” of the kingdom’s problems, said Pheu Thai MP Sutham Saengpratoom. He was a student leader during the 1976 crackdown. “My generation didn’t dare to talk about the entire truth but these students are bold,” he said.

Student massacre at Thammasat University in 1976 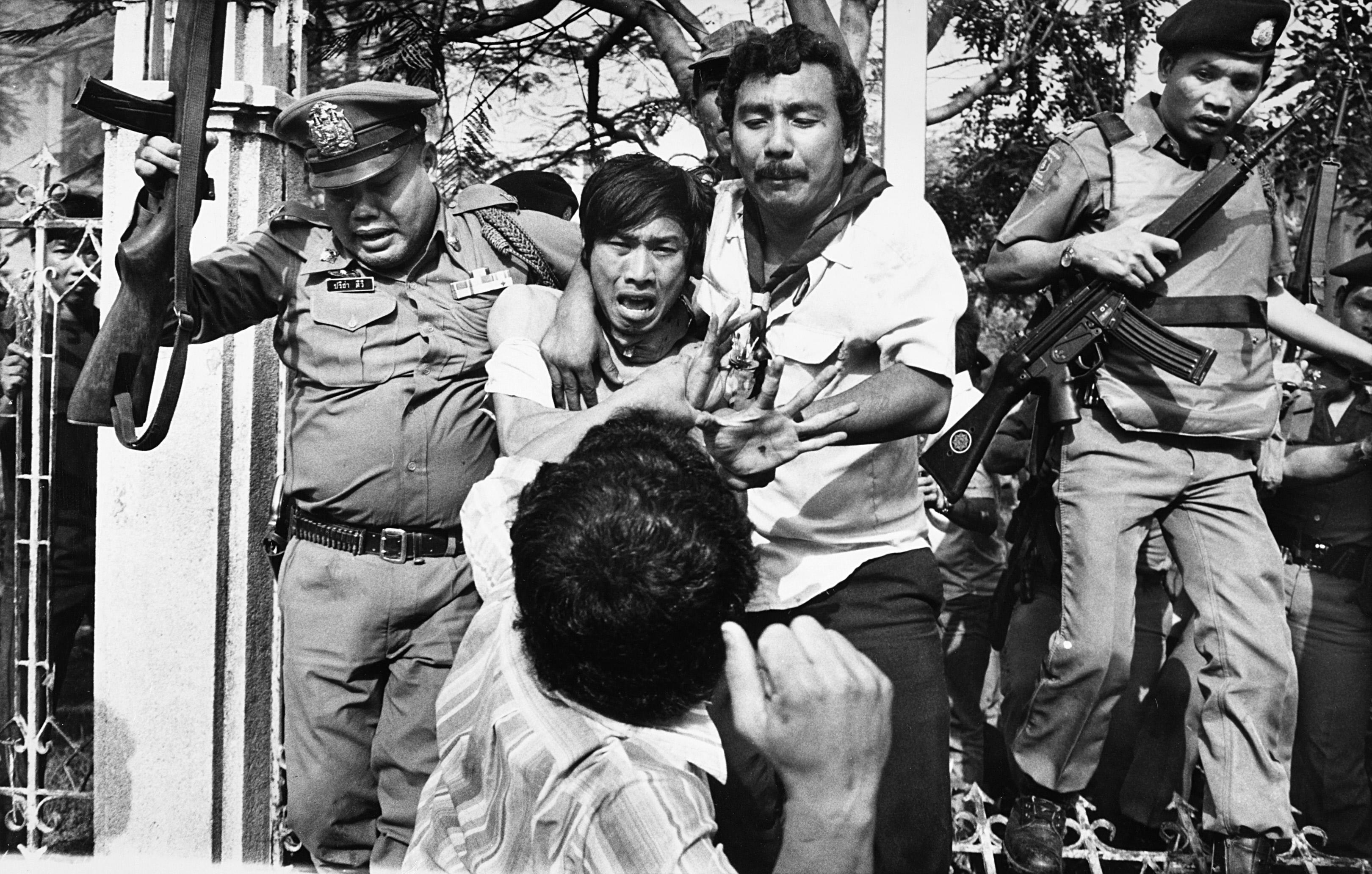 The student massacre at Thammasat University in 1976 was one of the darkest days in Thailand’s history. When security forces killed scores of university students at a peaceful protest.

Students at Bangkok’s Thammasat University had been protesting the return from exile of a hated former dictator when they were trapped by a pro establishment mob. Heavily armed security forces, fired guns and threw grenades at the defenseless student protesters.

After subduing the students, thugs rushed in and grabbed as many as a dozen. They were then taken to a nearby public field, beaten to death, hanged and otherwise abused. Their bodies were unceremoniously tossed onto a makeshift funeral pyre.

The official death toll was 46, though credible independent estimates put it at more than 100.

The disorder was used as an excuse for the military to seize power later that day. Consequently undoing a student-led democratic revolution of three years earlier.

The Thammasat massacre has always been a sensitive issue. Both because the images of lynchings speak to a dark side of the Thai character and because the assault on the university showed how the state can carry out human rights abuse with impunity — no perpetrators were ever punished.