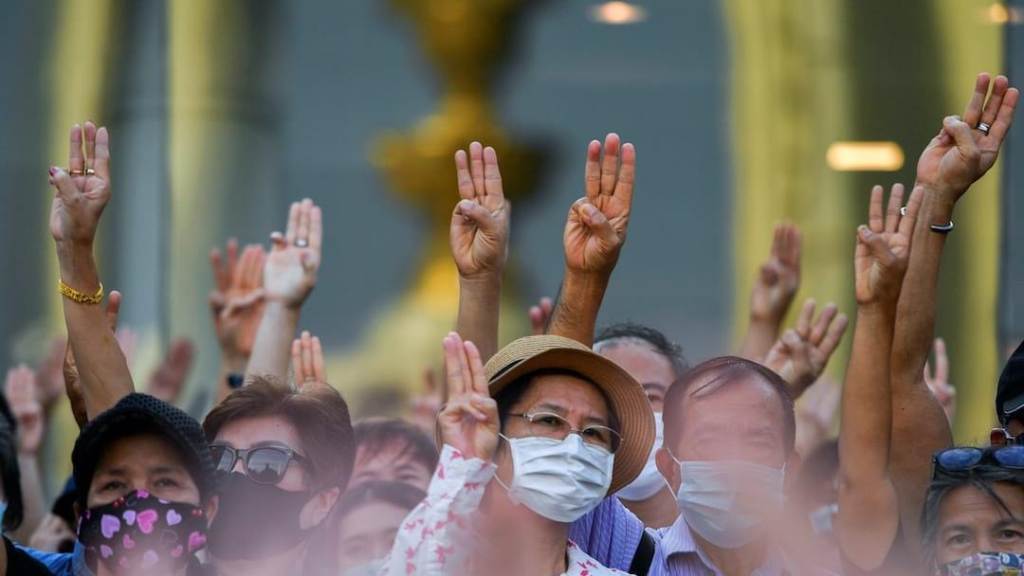 The Royal Thai police said on Monday they had ordered an investigation into news media coverage under the emergency decree. The emergency decree was imposed by the Prime Minister last week to try to stop anti-government protests against his government and monarchy.

The announcement has prompted anger from news media groups and spurred accusations of an attack on press freedom in Thailand. New media groups say the government of Prime Minister Prayuth Chan-ocha, the former junta leader is trying to silence to press and the protesters seeking to drive from office.

According to a police document dated Oct 16, investigations have been ordered into content from four news media outlets. Thai Police are also investigating the Facebook page of a protest group.

“We received information from intelligence units concerned that parts of the content and distorted information have been used and disseminated to cause confusion and instigate causing unrest to society,” police spokesman Kissana Phathanacharoen told a news conference.

He said it was for Thailand’s broadcast regulator and digital ministry to investigate and take appropriate action. Adding that there was no plan to curb press freedom in Thailand.

Prachatai News, an independent outlet among those being investigated, described it as censorship.

Honored to report accurate info about human rights and political development in Thailand. We’ll try our best in continuing to do so. pic.twitter.com/d6uc8PinzF

“Honored to report accurate info about human rights and political development in Thailand, we’ll try our best in continuing to do so,” Prachathai English said on Twitter.

The Manushya Foundation, an independent group which campaigns for online freedom, called the measures an attempt to silence free media coverage of the protest.

“Since the ban on protests did not work, the military-backed government hopes to create fear of telling the truth,” its director Emilie Palamy Pradichit told Asia One.

“We urge free media to resist”

The government ordered a ban on news and online information that could affect national security last Thursday. It also banned political gatherings of more than five people in the face of the growing protests.

Protests have taken place every day across Thailand since the Prime Minister imposed the emergency decree. The latest protest drawing tens of thousands of people in Bangkok and across the country. Police gave a figure of 20,000 protesters in the capital.

“We will prosecute everyone,” deputy Bangkok police chief Piya Tawichai said, adding that 74 protesters had been arrested since Oct. 13.

Protesters seek the removal of Prime Minister Prayuth, accusing him of engineering last year’s election. Above all to keep hold of power he first seized in a 2014 coup. Gen. Prayut says the election was fair which most disagree.

The protesters have also grown more vocal in demanding reforms to the monarchy. The Royal Palace has made no comment on the anti-government protests or protesters’ demands.