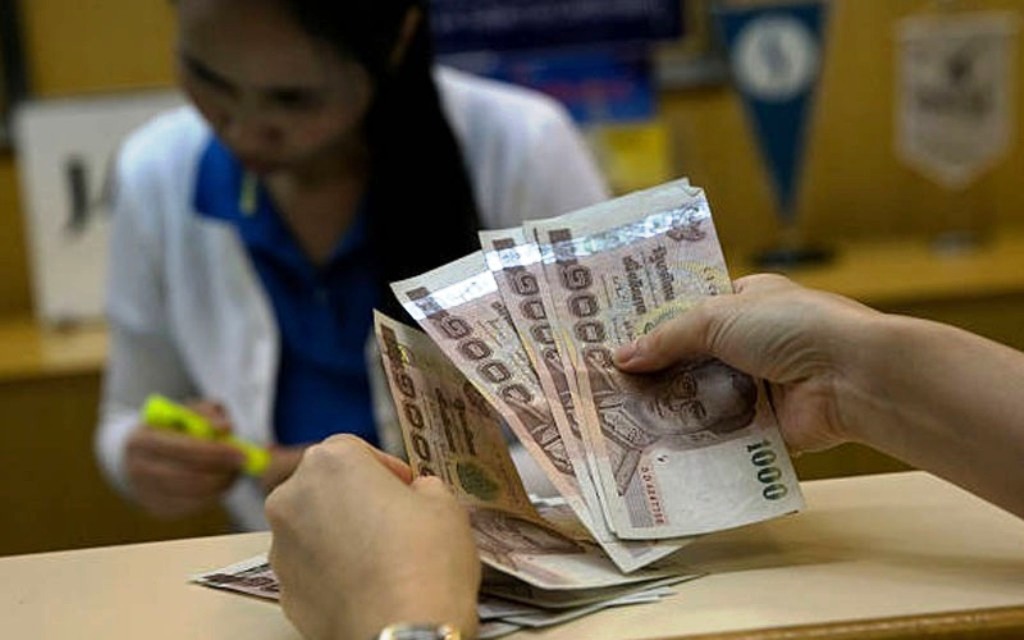 The Thai government has announced it will offer a cash hand out from a total of Bt51 billion to 24 million people as days before a mass anti-government rally. The cash handout will mostly go to those with low incomes. The government believes it will boost domestic consumption and support the economy. An economy which is reeling from the effects of the coronavirus pandemic.

Prime Minister Prayut Chan-o-cha said yesterday that the most important thing at this time was to help low-income earners. “We have to look at medium- and long-term problems too as we don’t know when the Covid-19 situation will end,” Gen Prayut said. He also said government and private investment in projects that would generate a sustainable national income in the future.

Meanwhile, Prime Minister Prayut Chan-o-cha has set up the centre to keep a close eye on rally-goers. At least three groups of police officers are being drafted in from today to guard Government House. Security cameras have been installed at key locations and mobile electricity generator vehicles will be used in the compound.

More than 8,550 crowd control officers will also be deployed for the event.

Former Future Forward MP candidate Piyarat Chongthep, who is in charge of security on behalf of the protesters, said at least 40,000 people would attend. He told the Bangkok Post that 70% of previous rally participants had been youngsters, former red-shirt supporters and those linked to political parties would make up half of the protesters this time.

Sanam Luang would be packed, he said, voicing concerns about security issues as it is an open area.

“At the outset we asked for volunteers to work as security guards,” said Mr Piyarat. “Now we have around 200-300 volunteers and there might be more on the day. All of them must register using their ID card so that they can be verified. This will also prevent third parties from infiltrating in disguise.”

Anti-government protest leaders who are also students will coordinate with police, he said. Adding that they were still trying to persuade university executives to allow them to use the campus for the protest.

If the university agrees, said Mr Piyarat, the Sanam Luang bus terminal would be used as a coordinating centre for volunteers and paramedics.

Organizers also hope to get permission for the protesters to use nearby streets. Because they need to stay at least until 3am on Sunday, he said. Also adding that protesters just want to file their demands at Government House and then leave the venue.