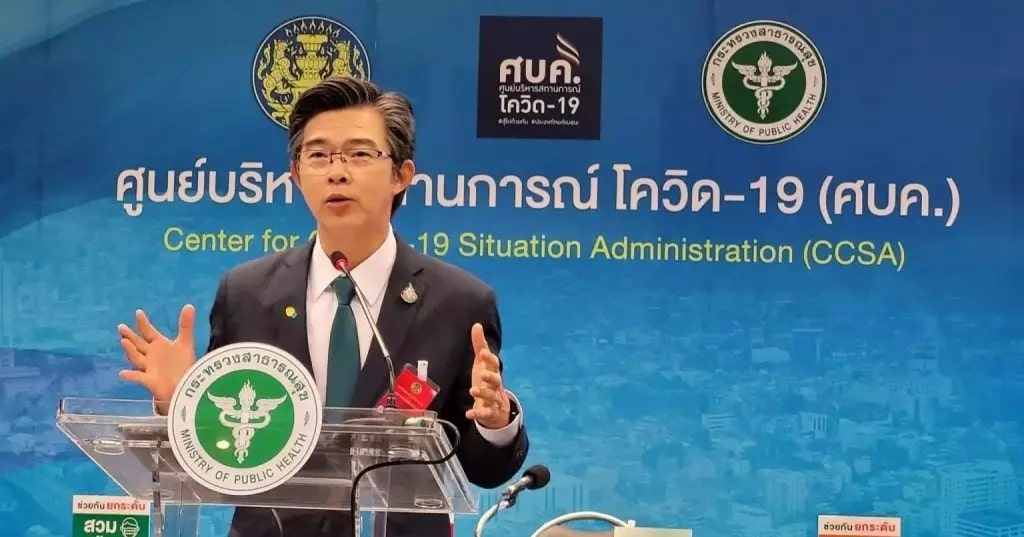 Thai health officials admitted Sunday that the current covid-19 outbreaks are more serious than the first wave early this year and urged the public to comply with disease control measures so drastic measures would not be needed.

Taweesilp Visanuyothin, spokesman for the CCSA, said the number of infections jumped by over a thousand over a short period of time, suggesting the spread of the virus this time is far more serious than the first wave, which began at the start of the year.

According to the Bangkok Post, a total of 121 new Covid-19 cases were reported on Sunday, 94 of which were local transmissions.

The number of accumulated cases rose to 6,141 on Sunday, compared with 4,331 before the outbreak in Samut Sakhon, Thailand began in mid-December.

However, Dr Taweesilp said health officials are better prepared and more experienced than they were when the pandemic first hit the country. The public also have easier access to face masks now, he added.

“So whether or not the disease control measures will be intensified will depend on how much the public cooperates. If we cooperate, there will be no need to enforce the law, impose lockdowns or a curfew. The government doesn’t want to impose restrictions,” he said.

Dr Taweesilp said everyone should continue wearing face masks in public and avoid large gatherings in Thailand. Saying they can still hold small parties with close friends and family members.

He also took to task the gamblers in Rayong for withholding information about their activities, which could hamper health officials’ efforts to contain the virus.

As previously reported, in addition to Samut Sakhon’s shrimp market, a new cluster of Covid-19 infections was found in Rayong, which is linked to a local underground casino in Muang district.

The area has been declared a maximum control zone — where the tightest Covid-19 control measures apply — after 27 new infections were confirmed in a single day on Saturday. The number has increased to 85 as of Sunday.

Dr Taweesilp said similar incidents have been reported in Japan, South Korea, and Australia, where new cases were linked to “grey” or possibly illegal activities.

Authorities will pay special attention to illegal activities following the discovery of the Rayong cluster, he said, before calling on Rayong residents to comply with social distancing measures.

“When there are confirmed cases, the impacts are vast. It’s not limited to the infected people. Others are affected. The entire province is affected,” he said.

Dr Taweesilp said Thailand’s Public Health Ministry will also speed up Covid-19 testing, after it was slammed for being slow in providing public updates relating to the new confirmed cases.

The State of Global Mental Health and Mental Illness