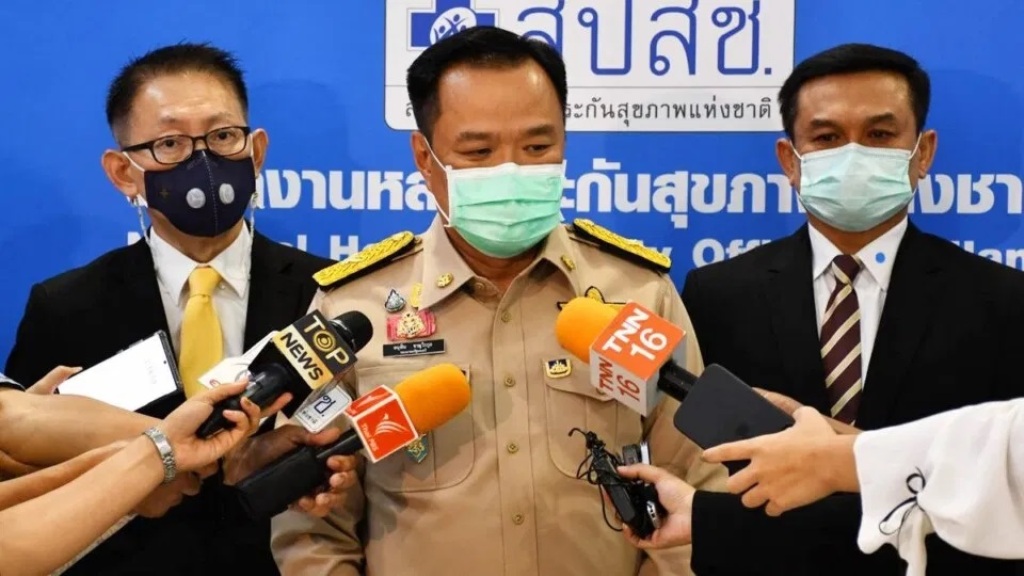 Minister Anutin was also addressing media questions over mounting concern over side-effects from vaccine shots being administered in the country.

Mr Anutin said vaccine producers have not been able to sell a huge amount of covid-19 vaccines to Thailand due to changing demand in their respective countries.


On whether people will get to choose the vaccine they want, Mr Anutin said which one they receive will depend on each vaccine’s suitability for different groups of people.

As for the Sinovac vaccine whose second dose is offered only three weeks after the first, it will be given to medical workers, frontline workers and immigration officers, according to the minister.

“Everyone will receive the vaccine that can immunize and save them equally. I can assure you that every Covid-19 vaccine in Thailand is inspected by a vaccine safety committee,” said Mr Anutin.

Furthermore, US-based Moderna has also sought to register its Covid-19 vaccine in Thailand.

FDA Secretary-General Paisal Dunkhum said yesterday that Zuellig Pharma Ltd had submitted documents to register its vaccine, adding the FDA will look to endorse the registration request as soon as possible.

If approved, Sinopharm Covid-19 vaccine would become the third vaccine approved by the FDA to be distributed in Thailand.

Meanwhile, China’s vaccine companies have been “slow and spotty” in releasing their trial data, compared to companies like Pfizer and Moderna, Yanzhong Huang, a global health expert at the U.S. think tank Council for Foreign Relations told The Associated Press.

None of China’s three vaccine candidates used globally have publicly released their late-stage clinical trial data. CanSino, another Chinese company with a one-shot vaccine that it says is 65% effective, declined to be interviewed.

China’s pharmaceutical business practices also have raised concerns. In 2018, it emerged that one of China’s biggest vaccine companies falsified data to sell its rabies vaccines. That same year, news broke that a Sinopharm subsidiary, which is behind one of the COVID-19 vaccines now, had made substandard diphtheria vaccines used in mandatory immunizations.

With Chinese vaccines, “for a lot of people, the first thing you think about is ‘Made in China,’ and that doesn’t give you much assurance,” said Joy Zhang, a professor at the University of Kent in the UK who studies the ethics of emerging science.

These concerns have been exacerbated by confusion around the efficacy of Sinovac’s shot. In Turkey, where Sinovac conducted part of its efficacy trials, officials have said the vaccine was 91% effective. However, in Brazil, officials revised the efficacy rate in late-stage clinical trials from 78% to just over 50% after including mild infections.

Despite all the worries, the pandemic’s urgency has largely superseded hesitations over China’s vaccines.