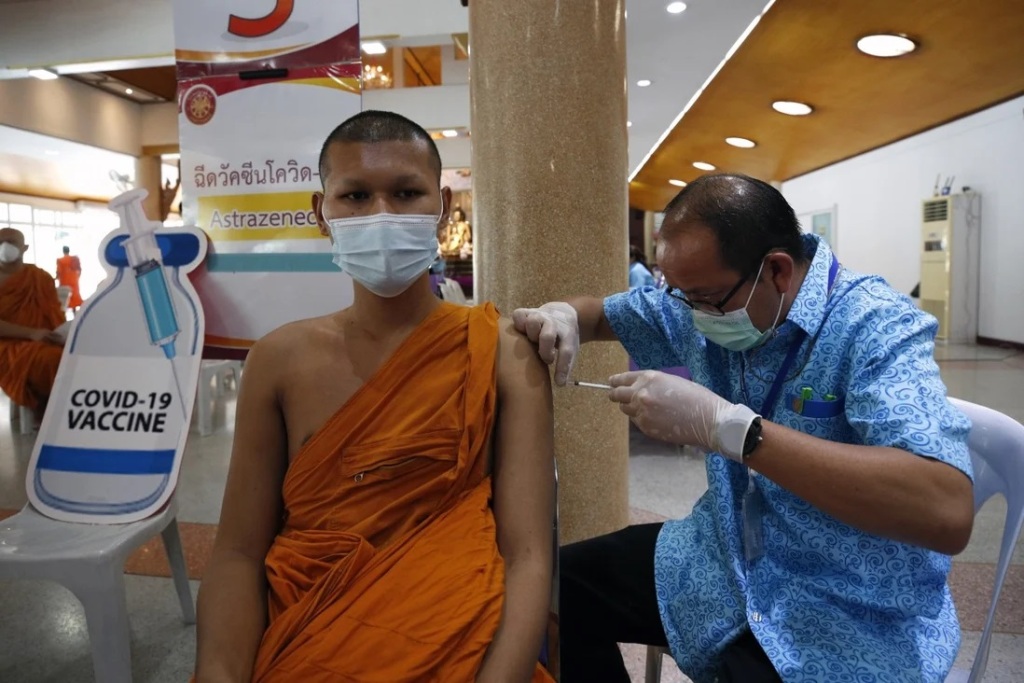 Thailand is continuing to use COVID-19 vaccine from China’s Sinovac Biotech despite reports of unusual “stroke-like” side effects among recipients.

The experts could not say for certain what caused the symptoms, which they believed may be related to the nervous system and were not fatal, said Kulkanya Chokephaibulkit from Bangkok’s Siriraj Hospital.


The incidents would not change Thailand’s plan to begin mass inoculations from June, said Taweesap Siraprapasiri of the Department of Disease Control.

The National Health Security Office (NHSO) Secretary-General Jadej Thammatacharee said the vaccines were highly beneficial to people due to their ability to reduce the risk of symptomatic infection and contain the covid-19 pandemic.

Adverse side effects in some people

The vaccines could also help decrease the number of Covid-19 patients in hospitals and ease the burden on the country’s public health system in caring for them, he said.

Dr Jadej added that the Public Health Ministry had so far imported Covid-19 vaccines (Sinovac and AstraZeneca) and has slowly started vaccinating target groups. Mass vaccinations would be rolled out very soon, he said.

Despite the vaccines’ clinical safety trials, there were odds of adverse side effects in some people with the severity varying in each person, the doctor said.

To build people’s confidence in the vaccines, the national health security board, chaired by Public Health Minister Anutin Chanrvirakul, had approved financial assistance to everyone who suffers adverse side effects.

The criteria for the assistance would be similar to those under Section 41 of the National Health Act B.E. 2545, the secretary-general said. Every Thai would be eligible for coverage by the NHSO, he said.


The doctor stressed that providing coverage was not an indictment against the quality of the vaccine.

Continued use of Sinovac vaccine

In April, seven people suffered from temporary paralysis-like symptoms after receiving the Sinovac vaccine. Six of them were in Rayong and one at the Queen Savang Vadhana Memorial Hospital in Chon Buri’s Sri Racha district.

The symptoms might have been caused by one vaccine batch, a doctor from Chulalongkorn University said.

The initial finding was that these people developed “symptoms that resembled partial paralysis, including muscle weakness and numbness,” according to the Centre for Covid-19 Situation Administration. All of them recovered.

However, a doctor from Mahidol University’s Siriraj Hospital later announced that an investigation panel had found no irregularities in the vaccine batch given to the seven people.

Public Health Minister Anutin Charnvirakul insisted that the government would not halt its Sinovac vaccination programme and instructed health authorities to closely monitor people’s symptoms after they receive the vaccine.