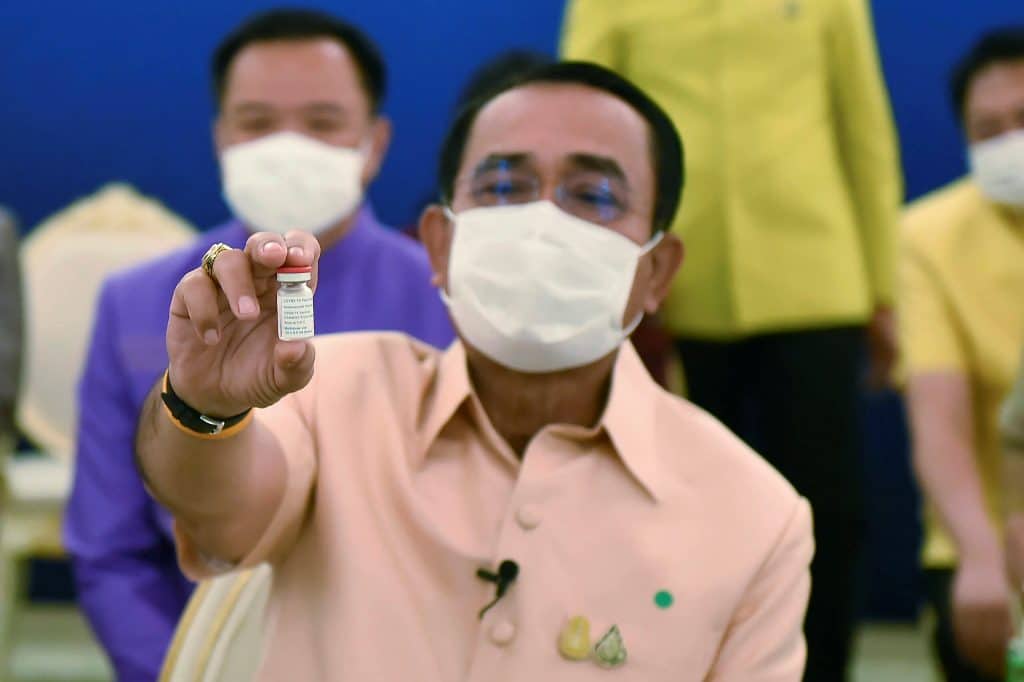 The prime minister said he wants to secure more vaccines after Thailand reported on Monday a daily record over 9,500 covid-19 cases on Monday. The combined cases bring the country’s total infections to 111,082.

Prime Minister Prayut Chan-o-cha’s statement comes as Thailand battles a surge of virus cases from the UK variant of Covid-19 with Bangkok reporting a record number of cases.

The Bangkok Metropolitan Administration announced Friday night it will extend restrictions that were due to end this weekend until May 17. They include limiting restaurants to takeaway meals, closing 35 types of venues including bars, gyms, stadiums and boxing rings, and limiting the operating hours of other businesses.

Bangkok has recorded more than 500 new cases every day since the beginning of this month, with no sign of decline, said Taweesilp Visanuyothin, a spokesman for the government’s Center for COVID-19 Situation Administration.

The government managed to contain the coronavirus for much of last year, with relatively small numbers of cases and deaths. But after a new wave of infections from the UK variant of covid-19 hit a crowded community of migrant workers near Bangkok late last year, and this March another wave spread from the city’s upmarket entertainment venues. The government of Gen Prayut Chan-o-cha has been highly criticized for its failure to secure adequate supplies of covid-19 vaccines.

Just a bit more than 2% of the population has received vaccinations, and inoculations on a large scale aren’t scheduled to begin until next month.

Gen Prayuth said in a speech Friday night that in order to prepare for potential risks and uncertainty, “we may need 150-200 million doses of vaccine for future phases (of the rollout),” at the same considering the vaccines’ shelf life.

He said Thailand, with an adult population of about 60 million, needs at least 120 million vaccine doses, with everyone getting two shots. He said foreign workers also needed to be taken into account.

Prayuth also said he wants to prioritize first shots for as many as possible by July, the government target.

Bangkok currently has 496 patients in critical condition, a number that is straining ICU capacity. Anyone in Thailand who tests positive for the virus, even without symptoms, is supposed to be hospitalized, leading to a shortage of beds for non-critical cases as well. Almost 30,000 patients, including 1,170 in critical condition, are in hospitals and field hospitals around the country.

Field hospitals have been established in several cities including Bangkok. Taweesilp said the government center is trying to set up a new one in the capital with more than 1,000 beds.

Prayuth’s government is promoting a prayer session at Buddhist temples and online on May 11, in the stated hope that it bring people peace of mind and help them get through the coronavirus crisis together.

The government’s board on tourism policy, meanwhile, endorsed a four-phase plan to reopen the country to foreign tourists. Currently, foreign visitors with vaccination certificates are allowed to enter but must then undergo quarantine. Starting next January, vaccinated tourists are to be allowed to enter all provinces without being quarantined.

Regularly scheduled passenger flights into Thailand were stopped in April last year. The tourism industry is a major employer and generator of foreign exchange for Thailand.