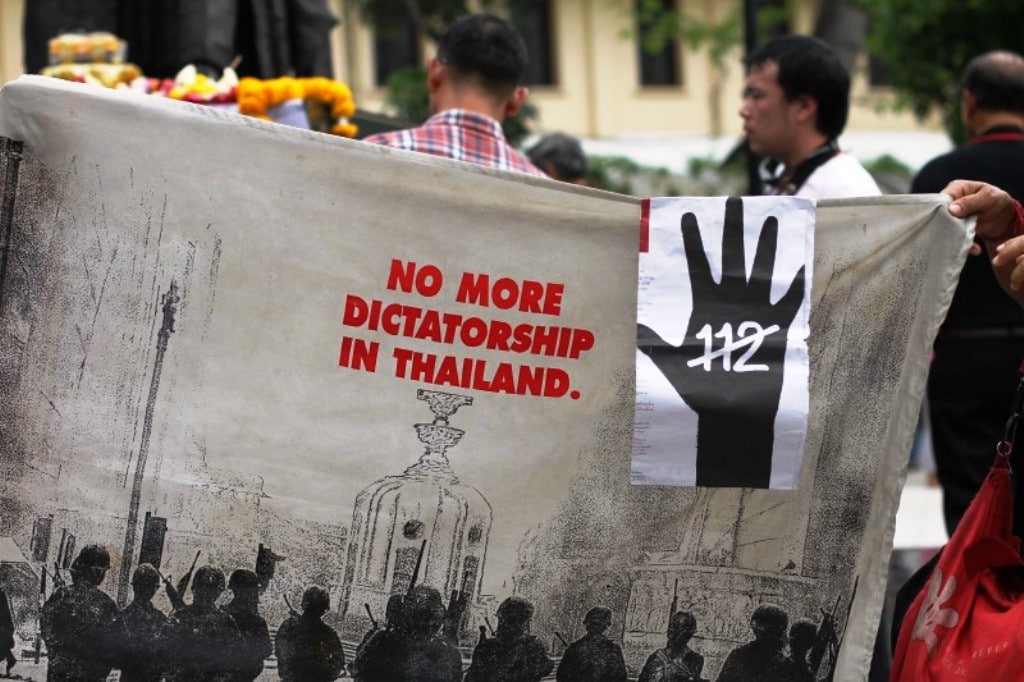 Thailand’s Foreign Ministry spokesman has played down the UN High Commissioner for Human Rights concerns over Thailand’s use of the Lese Majeste Law and the detention of pro-democracy activists, including a minor.

Ministry spokesman Tanee Sangrat said Thailand’s lese majeste law is not aimed at curbing people’s rights to the freedom of expression nor the exercise of academic freedom or debate about the monarchy as an institution.

The Lese Majeste law exists in many countries to protect the dignity of royal families in a similar way a libel law does for any Thai citizen.


Mr Tanee said this has been the precedent observed under the Criminal Code. But where lèse majesté charges are formally pressed, they are done so in accordance with due process, with many cases having received a royal pardon.

Regarding the recent move to charge a 16-year-old student under Section 112, he said the case was presented to the Juvenile Court and it denied a request for detention and granted the minor conditional bail instead.

“Once again, it bears repeating that in the past couple of months, protesters have not been arrested solely for exercising their right to freedom of expression and peaceful assembly. Those arrested had violated other Thai laws and the majority have already been released,” Mr Tanee told Algazeera.

The UN human rights body expressed alarm on Friday over Thailand’s detention of pro-democracy activists, including a minor aged 16 years, under the lese majeste.

“We are deeply troubled by the move by Thai authorities to charge at least 35 protesters in recent weeks, including a 16-year old student protester, under Article 112 — the lese majeste provision of Thailand’s criminal code,” the United Nations Human Rights Committee said in a statement.

In recent years, a bevy of academics, politicians, journalists and even a 61-year-old grandfather have fallen foul of this law. And it has almost nothing to do with safeguarding the Thai monarchy.

It is “political weaponry in the guise of a legal system,” says Jakrapob Penkair, a former Minister to the Prime Minister’s Office, who was accused of Lese Majeste over a speech he gave at Thailand’s Foreign Correspondent’s Club that rebuked the nation’s culture of royal patronage. “It encourages people to go berserk.”


This is because lese Majeste cases can be brought by any Thai citizen — no matter what country they reside in, and at any time, against any other individual, Thai or foreign. (Criminal cases, by contrast, are typically brought by a department of public prosecutions.)

This Orwellian culture is fostered by the state. During the tenure of former Democrat Party Prime Minister Abhisit Vejjajiva, who was in power from 2008 to 2011, he appeared on huge billboards asking citizens to “protect the monarchy” by reporting those whom defamed the institution.

And so the vast majority of Lese Majeste cases are brazenly political or spurred by personal grudges.

Prosecution under the law

There were only occasional prosecutions before 2014, when Prayuth took power in a coup, according to the Thai Lawyers for Human Rights group. Many of those convicted at the time were pardoned by the then-King Bhumibol.

But between the 2014 coup and early 2018, at least 98 lese majeste charges were filed, according to a legal database by Thai watchdog iLaw.

Human rights groups said many of those cases were used to persecute opponents to the military government, an allegation the military backed government has denied.

The Thai monarchy is protected by Section 112 of the country’s Penal Code, which says whoever defames, insults or threatens the king, the queen, the heir-apparent or the regent shall be punished with imprisonment of three to 15 years.

The law against royal insults has been present in Thai criminal codes since the early 1900s when Thailand was known as Siam.

In June this year, Prayuth suddenly announced the law has been suspended upon the instructions of the new king. But that has not stopped the protests, nor the arrests.

According to a Bangkok Post report, since Prayuth led a coup in 2014, more than 90 people have been prosecuted under the lese majeste law, and at least 43 of them have been sentenced.

Thailand to Use Blockchain Technology to Improve Revenue Collection