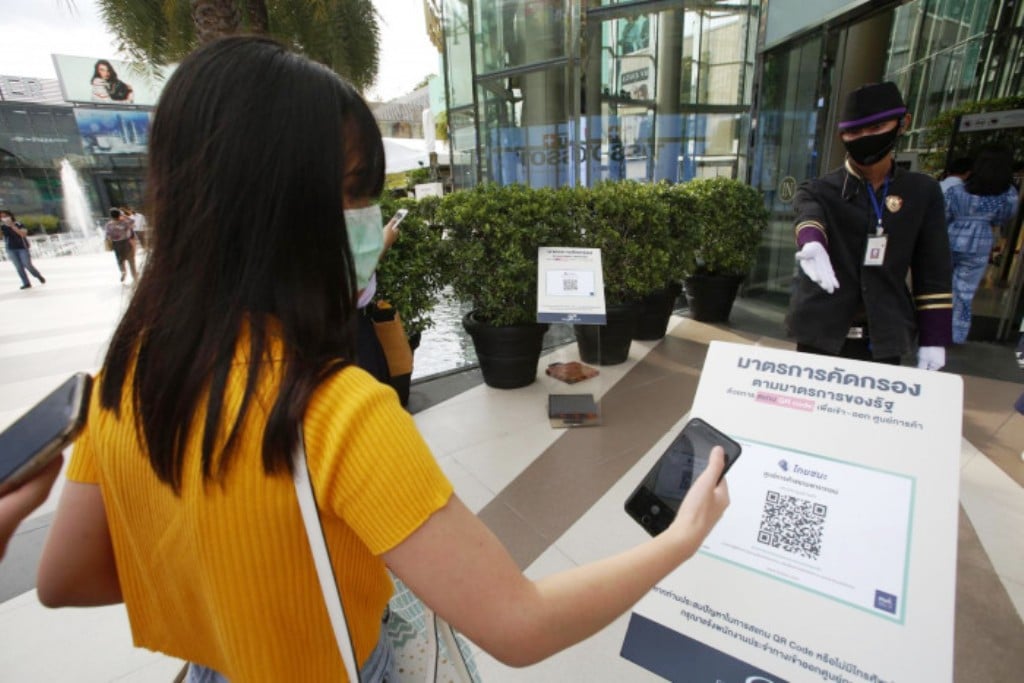 The spokesman for Thailand’s Centre for Covid-19 Situation Administration (CCSA) has apologized for saying earlier that people who do not install the “Mor Chana” Covid-19 contact-tracing app would face a fine or imprisonment if they become infected later.

Taweesilp Wissanuyothin said on Thursday morning people were required to install the contact-tracing app under the government’s No.17 regulation, which took effect on Thursday, the Bangkok Post reported.

Prime Minister Prayut Chan-o-cha signed the regulation by the power granted him during the emergency situation, which has been in place since March last year.

“If anyone is found to be infected and he/she has not installed the app on his/her mobile phone, he/she may face the penalties as stipulated in the latest regulation,” Dr Taweesilp said during a briefing in the morning. The penalties under the regulation are a fine up to 40,000 baht or imprisonment up to two years, or both, he said.

But a look at the regulation shows it only “urges” people to do so, prompting some people to question whether such a requirement is valid.

Item 1 reads: “The government encourages people to install and use the “Mor Chana” mobile application…and to use it in conjunction with the “Thai Chana” application”.

Dr Taweesilp’s comment led to confusion, especially among those who have been reluctant to install apps developed by the government on privacy concerns. He cleared the air in the afternoon in a post on his personal Facebook page.

“I apologize for the misunderstanding. Not having the app does not land you in jail. The full sentence is if you are infected and conceal information, and we can’t find the app on your mobile phone, you will be considered violating the regulation,” he wrote.

Mor Chana, meaning “Doctors Win” in Thai, was developed through the cooperation of the private sector and the government, led by the “Code for Public” independent software developers and the “Chuay Kan” group of software specialists and data analysts in Thailand.

The app uses GPS and Bluetooth to track the locations of a user and show whether he or she has been in a risk area.

Registration allows anonymity and the developers claimed all data would be destroyed after the Covid-19 pandemic ends.

Priorities and plan treatments in Thailand

The app collects comprehensive location data by broadcasting a user’s account ID all the time so other nearby phones see when and where it comes close. It also collects coordinates from GPS and uploads them to servers continually.

The data allow doctors in Thailand to quickly prioritise and plan treatments should a user contract the disease. Users can also view risk areas so that they can avoid and manage their own risks.

Critics, however, point out the approach used by the app is different from the exposure notifications system jointly developed by Google and Apple.

The system developed by the tech giants generates a random ID for a device. To help ensure these random IDs can’t be used to identify that user or his or her location, they change every 10-20 minutes.

Besides, they do not store GPS data or upload the data to servers until a user is confirmed to be infected.

Thai Chana, another app developed by the government, requires users to “check in” and “check out” from public places by scanning QR codes to keep track of their locations. If a person later found to be infected was in the same place at the same time, they can be easily contacted to get tested.