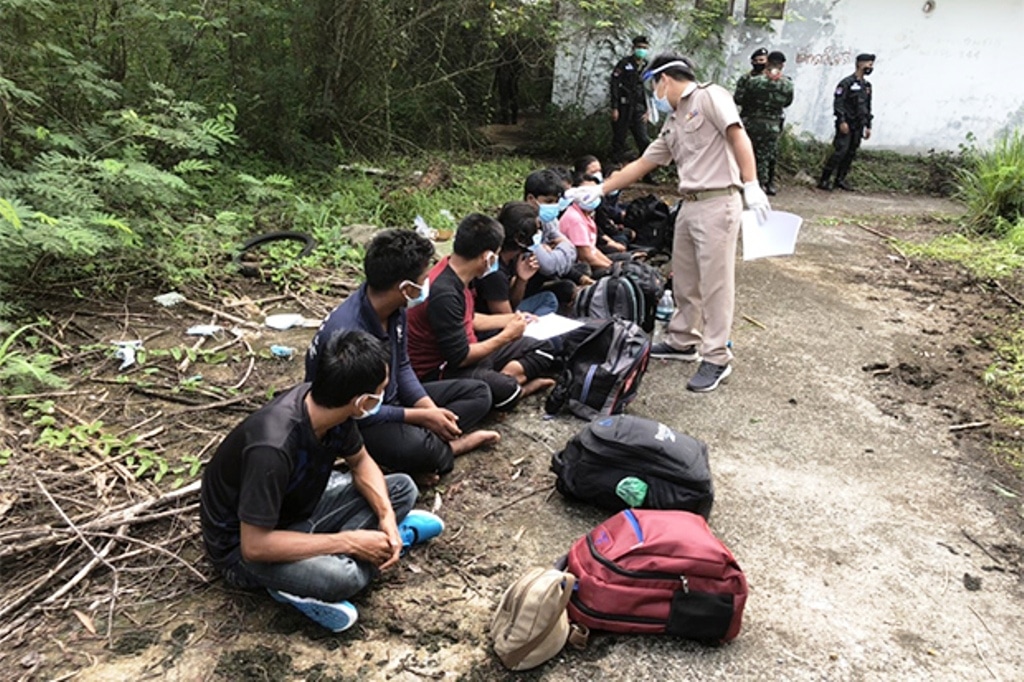 The Centre for Covid-19 Situation Administration (CCSA) on Sunday said five new covid-19 cases were all Thai citizens who sneaked back into the country without passing through covid-19 border checkpoints.

Two illegally crossed the border to Sa Kaeo from Cambodia on Thursday, while another two returned from Malaysia on April 28 and last Monday. One Thai slipped into Tak from Myanmar on May 2.

All have since been admitted to state hospitals and are in quarantine.

Thai authorities have arrested over 15,000 people sneaking in from Cambodia, Laos, Malaysia and Myanmar in the first four months of this year, CCSA data showed.  More than a third — 6,700 — were Myanmar nationals, and another 1,700 were Thais.

No regard for Thailand’s border security

“We are worried about this problem,” Dr Taweesilp said, adding that the concern was shared by Prime Minister Prayut Chan-o-cha and National Security Council Secretary-General Gen Natthapol Nakpanich.

Deputy army spokeswoman Col Sirichan Ngathong said in another briefing that soldiers captured 380 illegal migrants, at least 43 of them Thais, along the border with Myanmar and Cambodia from April 30 to Sunday.

Like Thailand, countries around the kingdom are battered by the Covid-19 outbreak. The virus has claimed 399 lives and infected 83,375 people in Thailand since the pandemic began last year.

The borders with Myanmar and Malaysia posed the most serious problem, he said. Many Myanmar nationals crossed into Thailand seeking jobs or fleeing the conflict there, while while Thais working in Malaysia wanted to come home because of the outbreak there.

Col Sirichan said on Sunday that the Myanmar nationals arrested along the border from April 30 to Sunday were job seekers and were either pushed back or charged with illegal entry.

In another case, 10 Myanmar nationals who had been working in Malaysia and were trying to get back to their home country were apprehended in Sadao district of Songkhla on Sunday.

Col Ayuphan Kanasutra, who commanded a task force at the border, said security authorities had intercepted two taxis on a local road transporting the illegal migrants to Hat Yai district, from where they were to be smuggled back to Myanmar.

The Myanmar nationals, along with two Thai drivers identified as Abdulrahman Kongkslimuen and Siriwat Suwanmanee, were sent to Sadao police station to be charged.