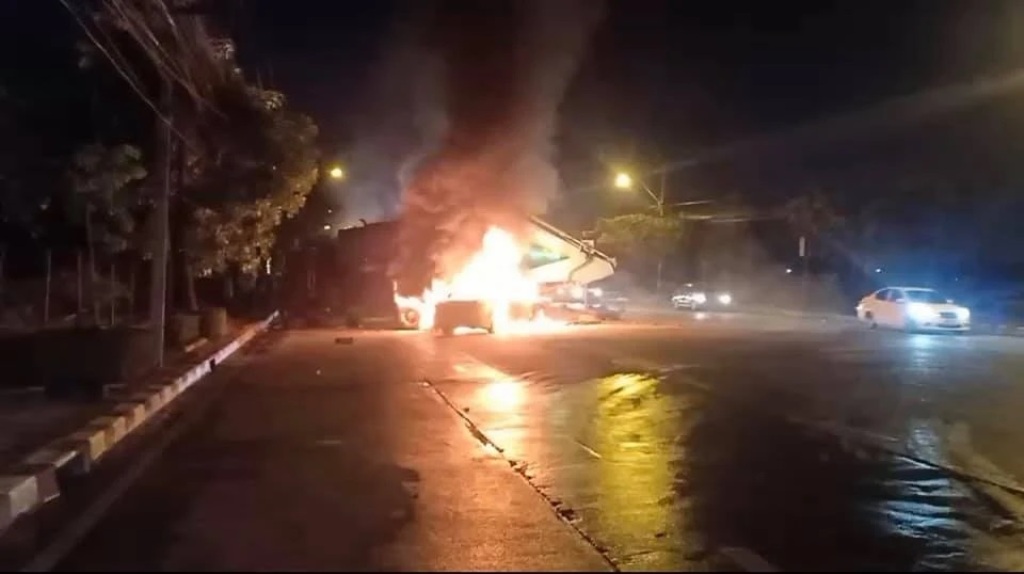 A taxi driver has been burned to death after his taxi cab hit a freight truck and then exploded into flames in Bangkok’s Prawet district around 5am on Friday. The taxi driver was trapped inside.

The crash occurred on On Nut Road, at the entrance to Soi On Nut 59, said Pol Lt Col Pornprasit Malamai, investigation chief at Prawet police station.

The flames spread quickly through the yellow taxi cab. Fire crews rushed to the scene took more than 20 minutes to put out the inferno, which gutted the taxi cab. A backhoe on the back of the truck was also damaged by the flames from the burning taxi.

According to Thai Media rescuers took more than two hours to remove his charred body from the burned-out wreckage. 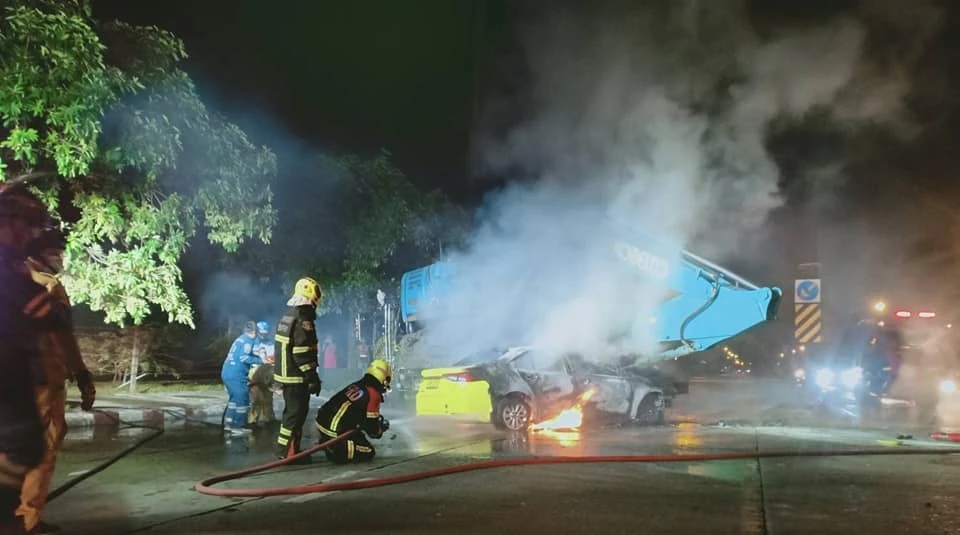 The driver of the freight  truck, Pipat Uppasan, 29, told police his truck was taking the digger to a garage from a construction site in On Nut area. He was making a illegal U-turn and the taxi cab crashed into the back of his trailer.

A witness told police the taxi cab driver was trapped in his cab, he had waved his hands, signalling for help – and then the car exploded and the flames engulfed him.