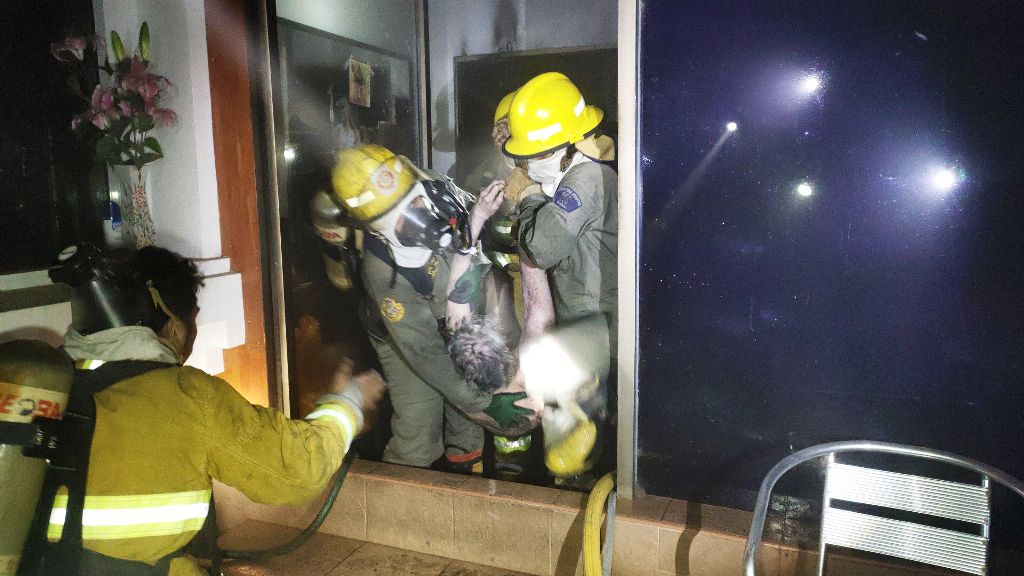 A 81 year-old Swiss man suffering from paranoia has died after allegedly setting his home on fire in Pattaya, Thailand. Firefighters were alerted to a fire at 6am on Thursday, in Bang Lamung District.

Smoke were seen billowing out from a one-story house in the housing estate. Firefighters were able to put out the flames and disconnect electricity supply to the property.

During the incident, Ms. Angel Phlaserdin, rushed out of the burning house with her pets.

Firefighters entered the home and found Swiss National Henry Hermann (81), lying on the floor. They consequently performed first aid on him but failed to save his life, Thai media reported.

According Angel, Hermann called for her after feeling tightness in his chest before his house caught fire.

The fire was allegedly started after Hermann left the stove turned on. Hermann may have ignited the stove in an attempt to set the house on fire, a neighbour told police.

The Swiss man also suffered from severe paranoia, a condition of being afraid of everything and constantly thinking that he will be attacked. Furthermore his body was taken for an autopsy as Pattaya police investigate the incident.

Firefighter Try to Save Swiss Man in Pattaya House Fire