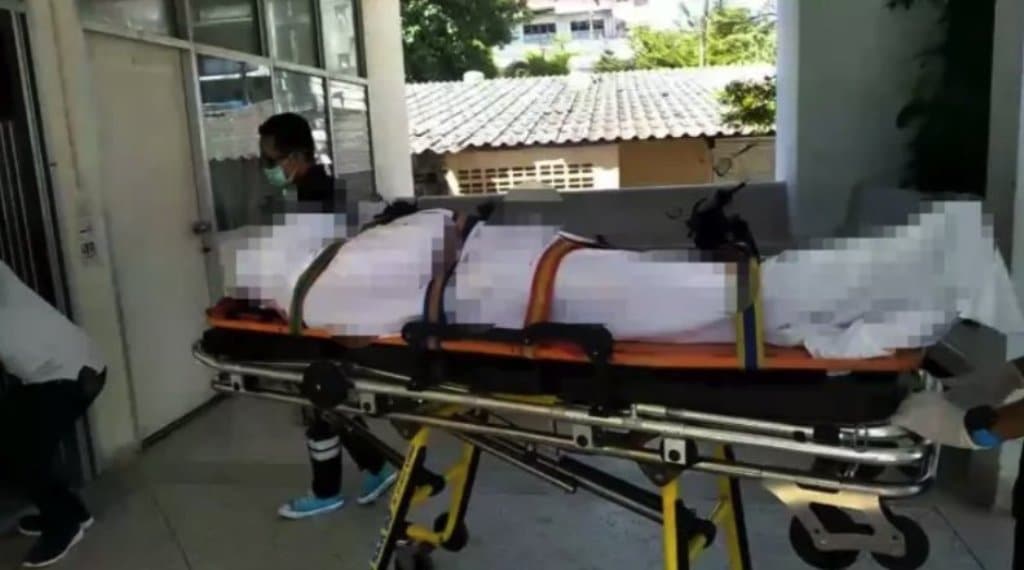 As Thailand struggles with a third wave of covid-19 many Thai are committing suicide in record numbers over depression and hardships. The covid-19 pandemic that arrived from China in late 2019 has decimated Thailand’s tourism industry and put millions of Thai people out of work and into mountains of debt.

Thailand has the highest rate of suicide among Southeast Asian nations. It is estimated that one person tries to kill themselves every 10 minutes. According to a 2019 World Health Organization (WHO) report, there are 14.4 suicides per 100,000 people in Thailand, whereas neighbouring Cambodia records 5.3 and the Philippines 3.2 per 100,000.

The rate of suicide had already been increasing year-on-year in Thailand pre-pandemic, but during Covid-19, the figure leapt by 11 per cent from 2019 to the end of 2020, from 4,581 to 5,085 deaths, according to statistics from the Ministry for Health.

Thailand’s Department of Mental Health spokesperson Dr Varoth Chotpitayasunondh says that the groups currently most vulnerable to suicide are those who have Covid-19 and  those who live in the country’s ‘red zones’, the provinces with the most restrictions in  place.

“These people tended to have higher stress and depression than those in the ‘green zones [areas with the least restrictions in place],’” he said.

There have long been fears that Covid-19, and the restrictions brought in to contain it, could lead to a mental health crisis and a possible increase in suicide rates around the globe.

Alongside the fear of the disease itself and potential bereavement, experts also point to some of the features of lockdown, such as isolation, loneliness, the loss of social support networks, unemployment, and financial insecurity as being destructive to mental health.

Economic insecurity is particularly toxic: a recent paper in The Lancet predicted that job losses due to Covid could lead to an additional 9,750 suicides annually. Close to 800,000 people already lose their lives to suicide every year; and the WHO estimates that 20 more people make an attempt for every death, although numbers are vastly under reported.

In Thailand, Samaritans director Tarkan Chensy says the crisis helpline received 10,000  calls in 2019, but when the first lockdown restrictions were announced, in March 2020, their call volume doubled.

Economic issues have accounted for around 80 per cent of the calls to the Samaritans during the pandemic. “We are worried about people,” he said, saying many are calling the service desperate about their financial situation.

“For example, they tell us they only have 20 baht (45p) left and they don’t know what to do, they need to buy milk for their child,” he said.

Thailand’s latest wave of infections has forced even the Samaritans to close their call  centre, with their 80 volunteers now working from home. The charity has opened up a new  channel via the Facebook messenger app.

It is too simple to say that Thailand’s rising suicide rate is only caused by Covid-19. Pre-pandemic, Mr Chensy says that over half of the calls to the Samaritans were about a difficult family or romantic relationship.

However, it has certainly contributed, experts say.  During acute emergencies, suicide rates often decline, perhaps unexpectedly, as people tackle the immediate challenge. Another recent Lancet study shows that across 21 high and middle income countries, suicide rates remained flat or even went down during the first few months  of the pandemic, when lockdowns were first imposed.

“We know from Sars and even studies around the Spanish flu that there isn’t often an immediate increase in suicide, but you do see an increase in a delayed way, which is probably related to the impact on the economy,” he said.

“Suicide is very dependent on social environments. When you have an economic collapse, that really has a substantial impact on individuals who have lost their jobs or other things, that makes them very vulnerable to suicide.”

Suicide rate has increased 20 and 30 percent

In Thailand, an upper-middle income country with a tourism and services-dependent economy, the pandemic has had  a devastating effect. According to the Tourism Council of Thailand, around 1.45 million tourism employees have been laid-off in the last year. They estimate this could rise  to 2.5 million in 2021 if the current outbreak is not contained quickly.

Across the country, once-thriving bars, restaurants, and hotels sit empty since mass  tourism came to an abrupt halt last year. Tour operators on Thailand’s picturesque islands, accustomed to a heavy flow of international visitors, now have to make do with a slow  trickle of domestic arrivals.

Health officials have compared the country’s current economic situation to the 1997 Asian financial crisis, during which the suicide rate in Thailand increased by between 20 and 30 percent.

In March last year, as Thailand’s Prime Minister Prayut Chan-o-cha announced a state of  emergency to control the first wave of Covid-19, workers were given three monthly  payments of 5,000 baht (£114.00) in financial aid. However millions of migrant and  informal workers found themselves ineligible for the scheme. The country’s sex workers,  estimated to be in the hundreds of thousands, were among those unable to access the  funds.

In one high-profile suicide attempt last year, a 59-year-old woman downed rat poison outside the Ministry of Finance in protest of the slow roll-out of relief cash. She survived after being rushed to hospital and the government later transferred her the money.

Without a sufficient government rescue package to rely on, workers have been  increasingly taking out loans to survive. Household debt to GDP rose from 79 per cent at the start  of 2019 to 89 per cent by the end of 2020, according to the latest Bank of Thailand figures – the highest since records began.

In 2020, Thailand had emerged as a Covid-19 success story, maintaining comparatively  low rates of infection. To date, it has recorded a total of 93,794 cases and 518 deaths. Among the key measures adopted early on were restrictions on movement, social  distancing, and a strict border policy which ensured all foreign arrivals had to complete a  two-week hotel quarantine.

A third wave of infections has now hit the country, stemming from a cluster of upmarket  nightclubs in Bangkok. Over 80 per cent of the country’s total Covid-19 deaths have occurred in  the last 30 days. With just 1 per cent of the population vaccinated, this latest outbreak threatens to  delay economic recovery and put further financial and social pressure on workers in the  country.