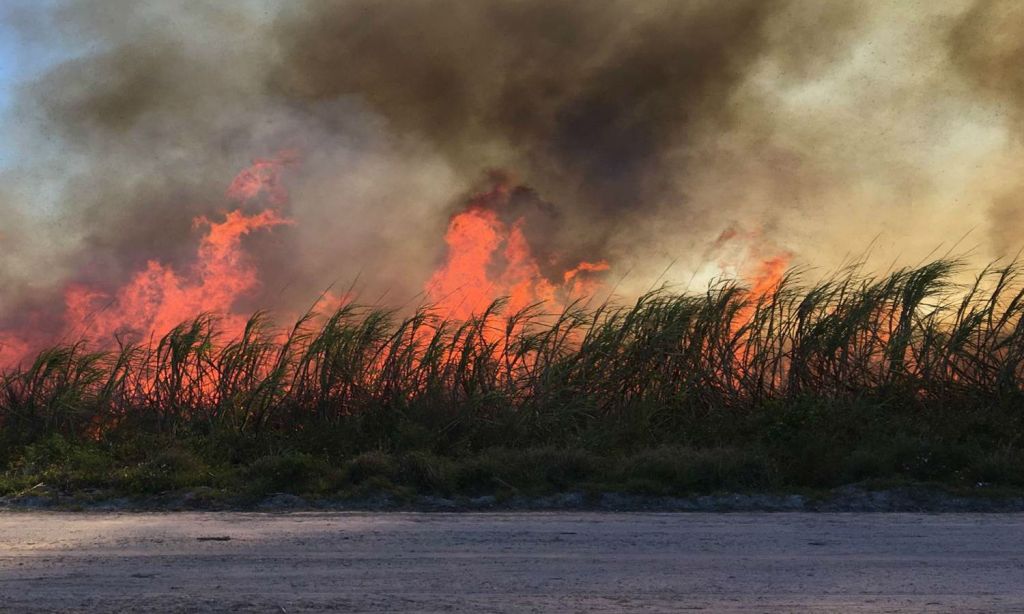 Sugarcane growers in this central Thailand have been seen burning their fields at night despite authorities’ ban on the practice to curb haze.

While removal of leaves may also be carried out by field workers, field burning costs much less money.  Its also makes the cane easier to harvest. The practice burns scorpions, snakes, and bees which would otherwise be a danger to the laborers harvesting “green,” or un-burned, cane.

The also burning kills microorganisms and burns the trash, both of which keep the soil rich when left in the fields. .

Farmers in Nakhon Sawan say by burning vast plantations across the province they avoid the long wait time for harvesting machines that are in short supply.

The practice of burning the sugarcane fields at night is to reduce the likelihood of intervention by authorities.

In place of burning the sugarcane, the leaves could be removed and burned to create steam for electricity generation or be converted into fuel themselves