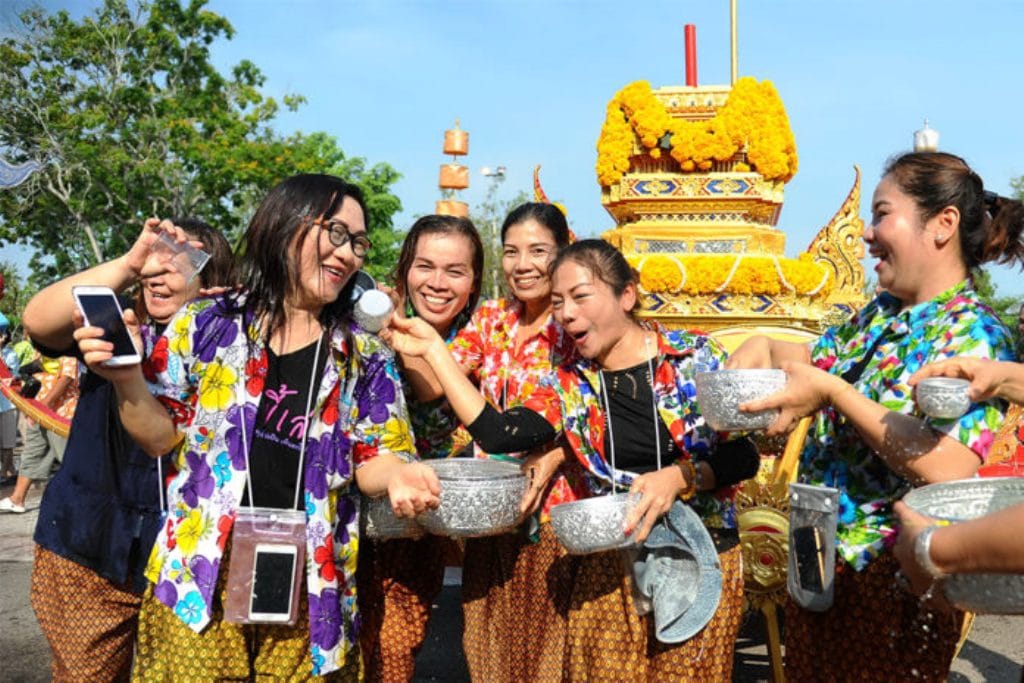 As covid-19 cases continue to emerge the Bangkok Metropolitan Administration (BMA) has decided to cancel all Songkran activities scheduled in all districts of the province. The BMA’s order is in a bid to curb Covid-19 from spreading further after a new cluster of cases linked to entertainment venues in Thong Lo swiftly spread to other areas of Bangkok.

Bangkok’s deputy governor Kriangyos Sudlabha said on Wednesday that all “Songkran activities” at Lan Khon Meuang Plaza in Phra Nakhon district will be cancelled. These include an alms-giving ceremony and pouring water on the Buddha image and elders as blessings,” he told the Nation.

“Furthermore, activities scheduled to be held in other districts by the district office will also be cancelled,” Kriangyos stated.

“As for public and private organisations which cannot cancel their planned Songkran festivities, the BMA urges them to employ strict measures to prevent the spread of Covid-19,” he said.

The BMA also announced on Wednesday that it would shut all entertainment venues on Khaosan Road from April 7 to 12 and would provide a free Covid-19 test to all merchants in the area.

“During the Songkran festival, we advise people to perform the ceremony of pouring water on Buddha images and elders at home and avoid going out to crowded areas,” Kriangyos said.

“If you have to travel, make sure to wear a face mask at all times, maintain at least a one-metre distance from others and wash your hands regularly with soap and water or alcohol hand sanitizer,” he advised.

“Infected patients from new hotspots are mostly young pub goers, therefore their symptoms will be minimal or hard to detect, making it difficult to control the outbreak while those infected could unknowingly spread the virus to others,” Yong said

“Compared to April last year, the number of infected persons this April has jumped from dozens to hundreds per day,” Yong pointed out. “This is because last year people took preventive measures, including checking in and out via the Thai Chana mobile platform, whereas nowadays most people ignore these measures,” he said.

“Furthermore, last year the government moved Songkran holidays in April to other months to limit inter-provincial travel, but this year Songkran holidays will go ahead as usual (April 13-15). The long weekend starts as early as April 10 and a large number of people are expected to travel to their hometowns” said Yong. “So the risk of the outbreak spreading during Songkran this year is greater, as young people who have unknowingly contracted the virus could spread it to their family members, especially elders during the reunion,” he warned.

“I want to urge those who will visit their families during Songkran to strictly adhere to preventive measures, including wearing face masks, washing your hands regularly, maintaining social distance and avoiding touching public surfaces,” Yong wrote.
“Alternatively, you can visit them online via video calls or video conferencing, which is also a great way to save on travel expenses while keep everyone safe from the virus,” Yong advised.