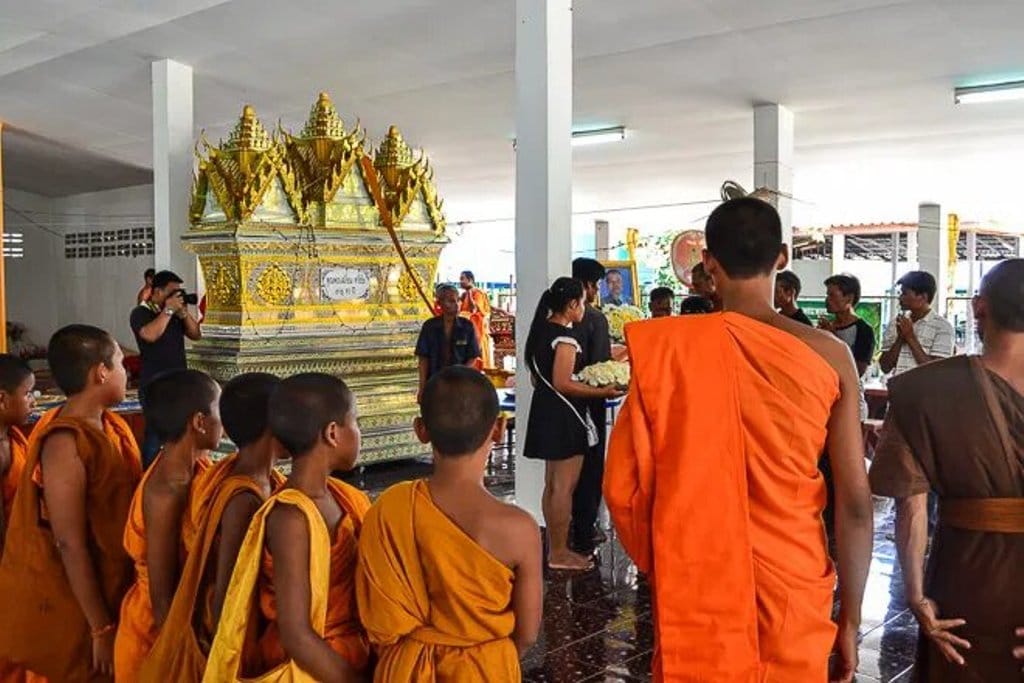 A Thai Health official have told a press briefing that a 71 year-old monk who died a day after being vaccinated has underlying issues. The monk’s died the same day after he was given the AstraZeneca vaccine at Traimit Temple.

Dr Chumni Jittreprasert director of Priest Hospital, on Friday said the monk’s medical record showed he had diabetes, high cholesterol and high blood pressure. He had received 15 years of continuous treatment at Priest Hospital, and had been diagnosed with enlarged heart disease in 2018-19.

He could not undergo treatment for the heart problem in 2020, as he was travelling abroad, Chumni said.

Before the vaccination on March 31, he was screened. His blood pressure was normal, he had no fever and no complications. He waited for 30 minutes after receiving the vaccine to monitor symptoms before he returned to Samphanthawong Temple. There were no abnormal symptoms. Ten monks who had been inoculated from the same vial did not have any abnormal symptoms, Chumni said.

According to the unofficial autopsy report of Police General Hospital, blood clots were not found in the brain, heart and other organs. However, coronary artery stenosis — a condition often caused by wear and tear due to age — was found. This could have caused his death, the doctor said.

However, the medical team must wait for experts to summarise the investigation.

At Traimit Temple in Bangkok, 412 monks were vaccinated, but only two showed rashes. One was given AstraZeneca while another got Sinovac. Health officials are trying to accelerate vaccination of monks in Bangkok before Songkran Festival.