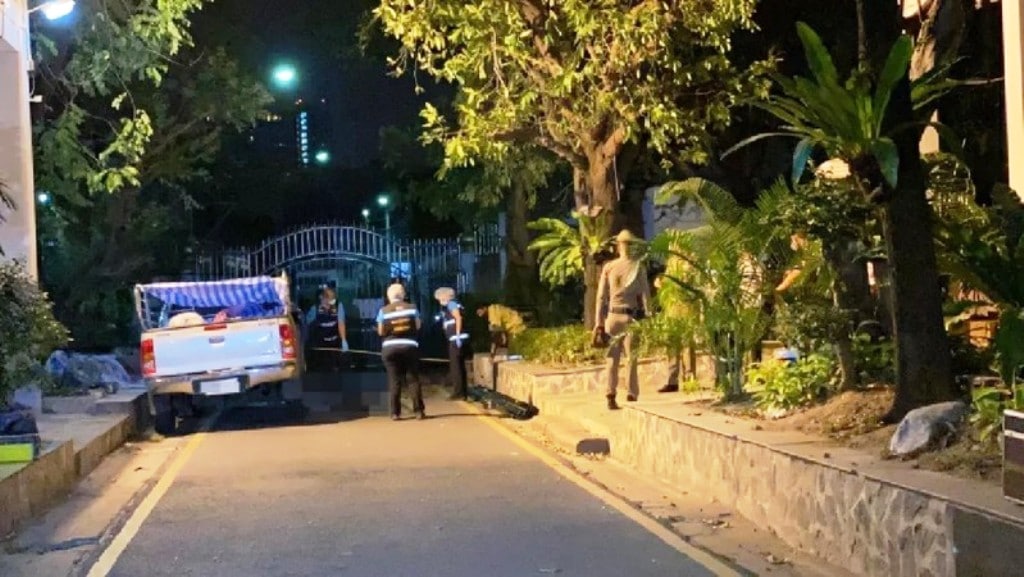 Police in Bangkok have reported a suspected case of suicide, a principal of a school jumped to his death from the school building. Bangkok police were informed about the incident at 15 minutes past midnight on Christmas Day.

Upon arriving at the scene they found the body of Mr Yutthanan Srichumphu, the school’s principal, lying on the ground. Police said they found a letter on his body addressed to his family and colleagues.  In the letter he said he was sorry for ending his life as he could no longer fight the depression he was suffering from.

The school principal also asked that his body be taken to his hometown in Phrae province for the funeral.

Police reportedly also found a doctor’s note on Mr Yutthanan’s body from Srithanya Psychiatric Hospital, stating that the deceased had been suffering from severe depression. The note also sated that he had a high tendency of committing suicide. According to doctors he had been receiving continued treatment at the hospital.

Police are interviewing witnesses and reviewing CCTV footage, while the Principals body was sent for autopsy to confirm the cause of death.

Meanwhile, more schools in Bangkok and Pathum Thani, Thailand were ordered over concerns over the spread of Covid-19.

Twenty-nine schools in Pathum Thani were temporarily closed until Jan 3, after a couple working as seafood vendors in Wat Sa Bua market, Thanyaburi, were found to be infected.

In Bangkok, Samsenwittayalai School said on Tuesday it would switch to online learning from today until Dec 30.

Bunyaphon Phothiwa-thanat, the school’s director, said its annual sports event — which was previously scheduled for Friday — would have to be postponed until Jan 22.

According to the Bangkok Post, other extracurricular activities would also be put on hold until further notice.

Students, parents and teachers who had been in close contact with confirmed cases and/or visited Samut Sakhon since Dec 1 were advised to be tested, he added. Bodindecha (Sing Singhaseni) School in Wang Thonglang district is also shutting its doors from Wednesday until Jan 3.

In Phuket, Thailand all schools in the Kajonkiet group were on Tuesday ordered to shut today and tomorrow as the parent of a student at Kajonkiet Pattana School awaits the result of a Covid-19 test.

Prime Minister Warns of Lockdowns if Covid-19 Guidelines Not Followed