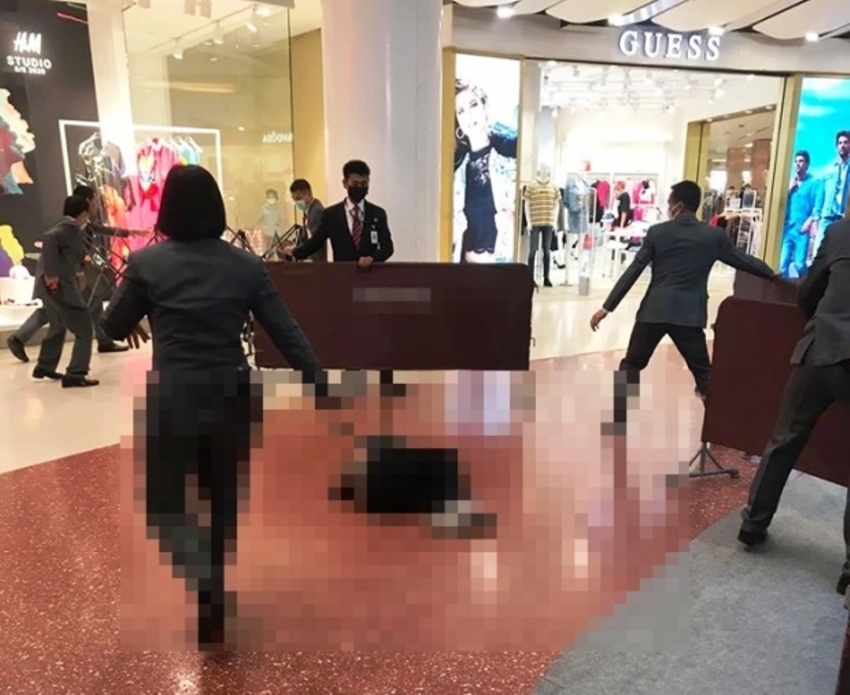 A 12-year-old schoolboy has been seriously injured after he fell from a third-floor escalator in Bangkok while reaching for his dropped mobile phone. The accident happened at Central World shopping complex in Bangkok on Thursday afternoon.

The boy, from a school in Chiang Mai, landed on the first floor inside the Central World shopping complex. He was rushed to the adjacent Police General Hospital, Thai media reported.

The youth landed near an airline promotion being presented by popular actress Urassaya “Yaya” Sperbund.

Police said the student dropped his mobile phone while going down from the third floor on an escalator. He reached out to grab it, over-stretched and fell.

Pol Maj Gen Methee Rakphan, chief of the Metropolitan Police Division 6, said the injured boy was among 20 students from Chiang Mai in Bangkok. He was with three teachers to take part in an inter-schools contest. The fall was an accident, he said. The boy’s condition was reported as “safe”.

In June of last year, shoppers at Bangkok’s Central World shopping centre were horrified when a 55 year-old man fell from the seventh floor and landed on the main floor that was bustling with tourists and shoppers.

Police at the Pathumwan station were informed of the incident at about 12.30pm. A video clip showed the injured man lying on the floor as staff quickly setup a tent to cover him from the view of shoppers.

Thai Media reported that the man arrived at the shopping centre with another man. Furthermore some reports said the two had an argument before the fall. But other reports said they were taking photos close to the railing when one of them suddenly fell.