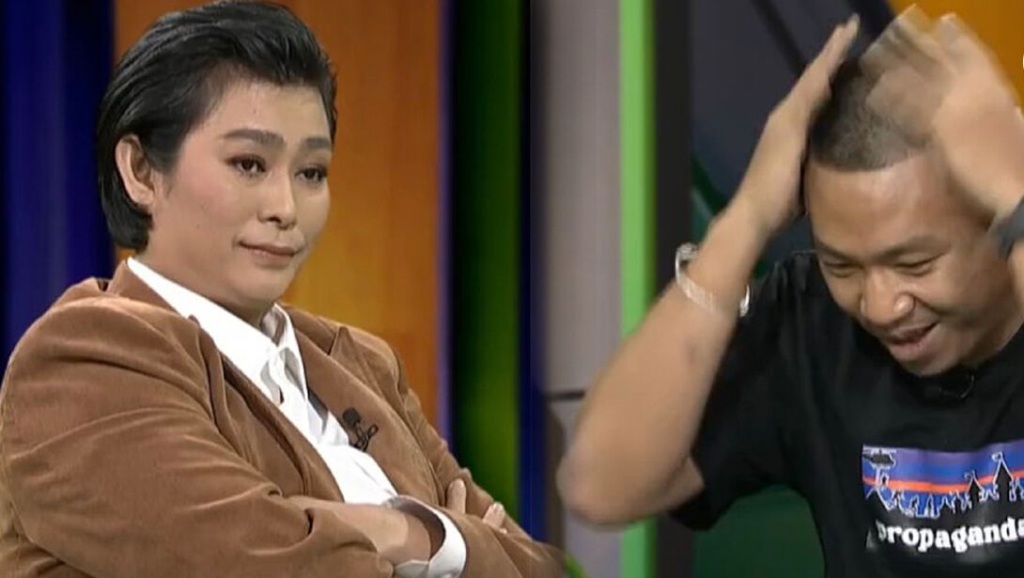 A political debate between a Royalist and an Anti-Government activist turned into a shouting match when the royalist snapped and refused to listen. The pro-Royalist accused American Jews of being behind the ongoing Anti-government conflict.

The debate, broadcast by Thairath TV on Wednesday night, was moderated Jomquan Lopetch and began with anti-government activist Jatupat “Pai Dao Din” Boonpattarasaksa being asked why the protesters’, going by the name Khana Ratsadon (People’s Party), refuse to accept the government’s reconciliation committee.

Jatupat responded by saying this committee is being used as an excuse to avoid applying existing procedures and for the government to play outside the rules. He also said protesters are demanding Prime Minister Prayut Chan-o-cha’s resignation because he took the post through a military coup in 2014.

Suddenly pro-royalist singer Haruethai Muangboonsri immediately countered him by declaring that the coup was necessary because Thais were not happy. Saying there were far too many conflicts in the country at the time. She also said that the elected-Yingluck Shinawatra government was far too corrupt and the military-led junta was the only solution at that time.

Pro-Royalist gets belligerent about Jews

Jatupat then shot back saying senators had been chosen to fix this corruption problem. Furthermore no efforts have been made to examine the Prayut-led government. Haruethai, however, continued arguing how it was absolutely necessary for the military to overthrow Yingluck’s “corrupt” government.

The Royalist then began shouting that an elected government will never be able to stop corruption, and when Jatupat tried to explain his point she lost her cool.

Haruethai would not stop fuming even after the moderator stepped in to calm her down. At one point, she even began accusing American Jews of being behind the ongoing conflict. Claiming they were funding the pro-democracy movement.

She also referred to the Cold War and slavery, saying that human dignity cannot be guaranteed even in a free country like the United States.

During the noisy and much-interrupted debate, Jatupat was only able to say that protest had been driven by the youth. Because they cared about their future and did not want it to be taken from them.

The debate has become a top-trending topic on social media, with pro-democracy supporters saying Haruethai’s screaming embodied the true nature and logic of a Pro-Royalist.

Her “illogical” behaviour has also given birth to many memes that have gone viral.

The pro-Royalist, however, are very happy with Haruethai’s “burning words” and claim Jatupat lost the debate because he couldn’t counter her. – Asia One