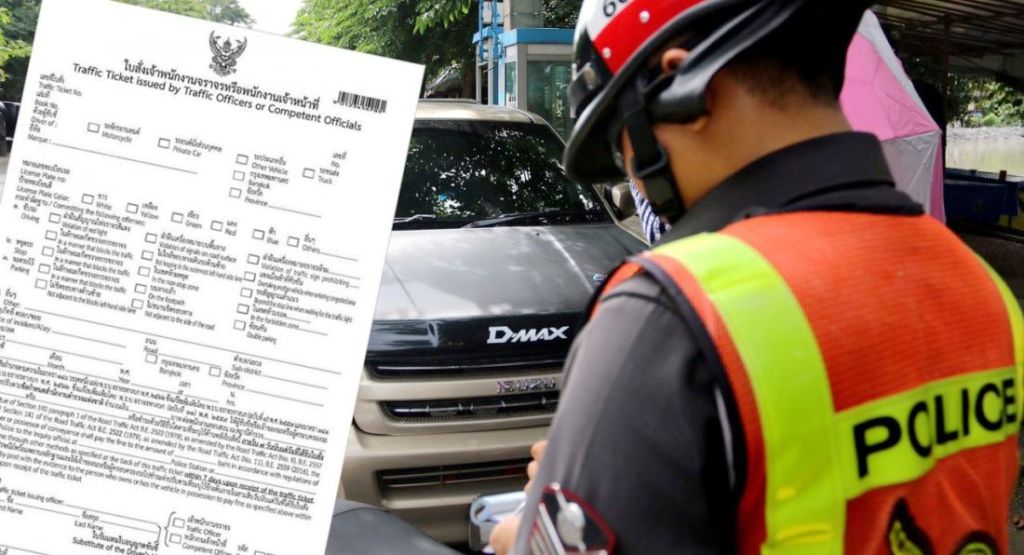 Thailand’s Royal Thai Police have listed a complete roster of fines for violations of the Land Traffic Act of 1979 they were reported in the Bangkok Post on Wednesday. The fines are in the amounts of 200, 400, 500 and 1,000 baht and cover all kinds of vehicles.

Violations include failure to comply with the law regarding vehicle condition; use of headlights and horns; compliance with traffic signs and signals; and observation of speed limits and other rules.

Subject to the heaviest fines of 1,000 baht are vehicles emitting excessive noise and fumes; and vehicles loaded with explosives or hazardous objects but failing to display warning signs.

The schedule of fines for other traffic offences includes:

– Failing to comply with traffic signs on roadsides (500 baht)

– Use of mobile phones while driving without auxiliary equipment (500 baht)

– Complete roster of fines (in Thai) Thailand’s Highway Police revealed that 39% of traffic law violators are repeat offenders. Even more the most common reoccurring offences include speeding and not driving along the left side of the road.

Highway Police said the number of traffic offences in 2019 was as high as 11,734,415 with one person receiving over 144 unpaid traffic tickets.

There were also more than 1,507 repeat offenders who were found to be driving under the influence (DUI) over the last four years. The most common type of vehicles found violating traffic laws were haulage trucks and buses.

Highway Police also said many Thais do not abide by the law because punishments for violating traffic laws in Thailand are weak. Countries like Japan the driver of any vehicle found violating a traffic law are heavily fined.

Meanwhile, Thailand’s publicly announced goal of a maximum 664 road deaths per year from 2020 now seems fanciful, by a factor of 10 of more.

June 2020, 423 along died at the scenes of traffic incidents. It is also unknown how many more later died of their injuries. The death toll is believed to be much higher than these figures suggest with even government leaders accepting it surpasses 20,000 per year.

Most estimates put the figure at between 24,000 and 26,000 annually when all deaths at hospitals, and on the way to hospitals, are added. The Thaiger reports that, according the WHO, the kingdom has the eighth highest number of road deaths per capita in the world. Although appalling, its an improvement of sorts as Thailand’s road toll ranking, per capita, used to be #1 – #3 in the world over the past decade.