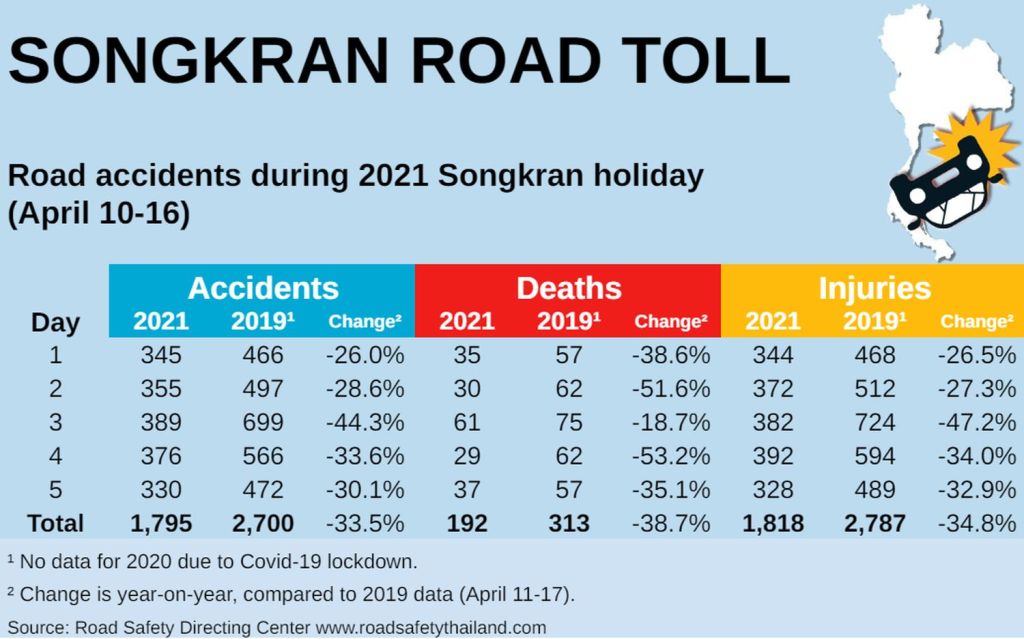 On Wednesday there were 330 road accidents with 328 people and 37 deaths, some of whom died in hospitals.

Since the country was in lockdown during the Songkran holiday last year, the Road Safety Director Centre, has used data from 2019 as a comparison purposes this year.


Based on these figures, the numbers of accidents, deaths and injuries dropped over 50% across the board.

In terms of deaths, Bangkok, Khon Kaen and Pathum Thai led with eight each, followed by Chon Buri (7), Chiang Mai (7) and Sakhon Nakhon (6).

Once again Drunk Driving was the main cause of the accidents over the past five days, accounting for 39.6% of all accidents, followed by speeding (27%). The top three provinces for drink-driving cases were Chaiyaphum (290), Chiang Rai (264) and Buri Ram (251).

Like in past years, motorcycles continued to be the type of vehicles most involved in the accidents during the festival, at 79.3%, followed by pickup trucks (6.6%) and passenger cars (3.6%).