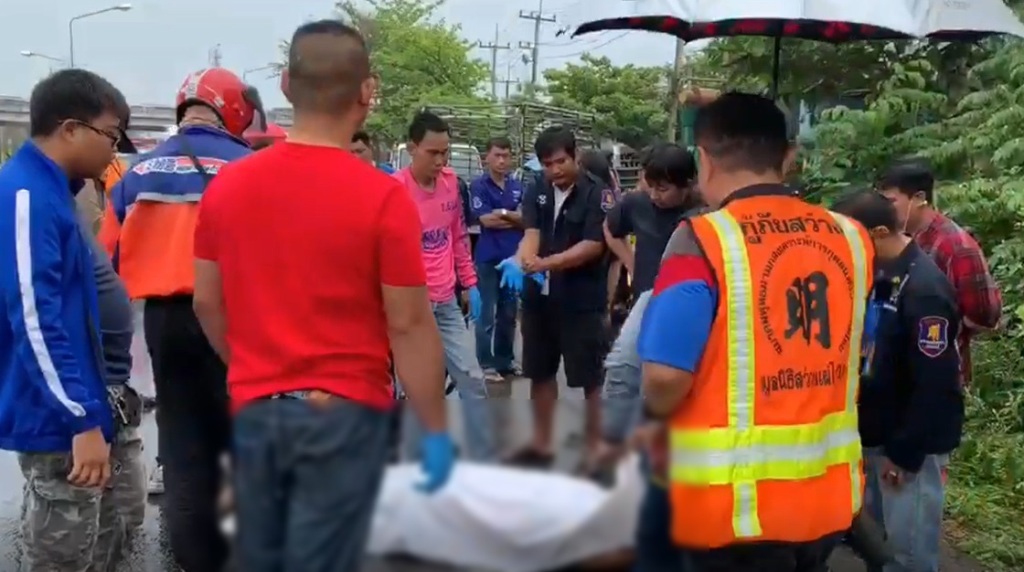 A member of a rescue unit has been killed after being hit by a speeding pickup truck while assisting victims at an accident scene. Another pickup had run off a road in Prachuap Khiri Khanon Tuesday, police said.

Another rescuer from the same unit, told police that he and Atthawut arrived on a motorcycle at the accident scene. A pickup had veered off the road and hit a tree, dumping buckets of jelly fish on the roadside.

After parking the motorcycle and placing an emergency light, he and Atthawut examined the pickup. They were on the roadside when the driver of a dark Toyota Vigo lost control after failing to negotiate the bend.

Mr Likit said he jumped from the road and escaped unhurt, but Atthawat was struck and killed.

Police were investigating the accident, the Bangkok Post reported.

A rescue worker was hit and killed by another pickup truck while trying to help.

A rescue worker was hit and killed by another pickup truck while trying to help.

One Woman Dead Another Injured in Bangkok Mall Shooting