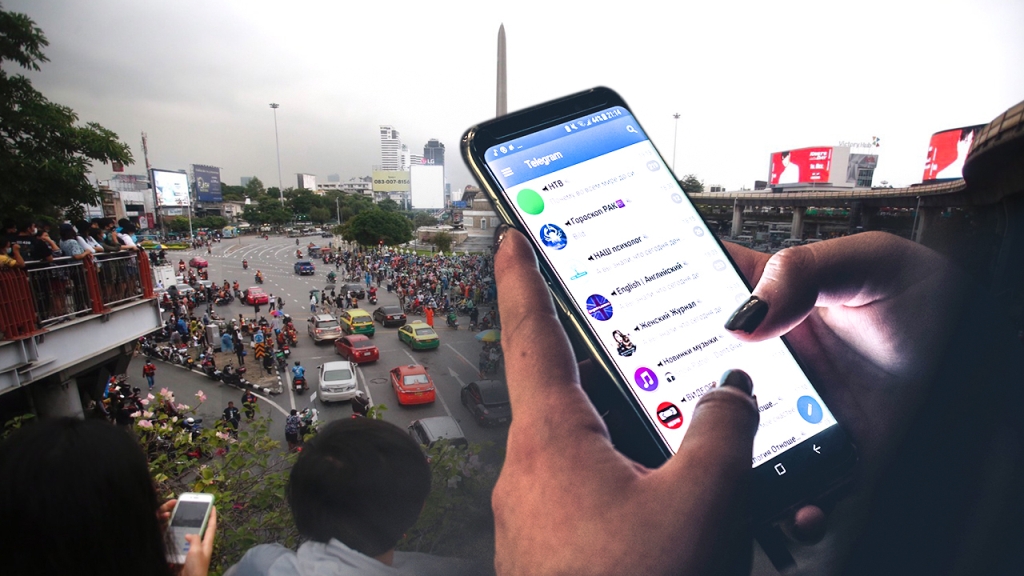 Anti-government protesters in Thailand have asked their Facebook followers to use Telegram App over fears the Thai Government would ask Facebook to take down their Page. Free Youth and the United Front for Thammasat and Demonstration (UFTD) on Sunday asked social media followers to switch to communicating with them through Telegram. A social media messaging application.

The groups posted on their Facebook pages that they had learnt the Ministry of Digital Economy and Society had already made the request to Facebook.

To deal with the problem, Free Youth urged its followers to switch to the Telegram App. They also provided instructions on how to set privacy and security settings in the app to conceal their mobile phone numbers.

The UFTD’s Facebook page also announced it was moving to a new Facebook account called UFTD V.2. It too asked its followers to communicate with it via Telegram App as well.

In response to this development, Digital Economy and Society Minister Buddhipongse Punnakanta insisted any decision to try to shut down the protesting groups’ pages lay with the police. Even more it also requires the acquiescence of Facebook itself.

He said the ministry had not been contacted by police about such an undertaking.

“A shutdown request typically takes considerable time to process — it requires a court order to proceed,” he said.

“The ministry will only consider requesting the take down of the Free Youth and the UFTD Facebook pages content is posted deemed to be a violation of the emergency decree. The emergency decree was imposed last week to maintain law and order in the face of growing protests on the streets.”

The ministry is obliged to wait for a formal police request, Mr Buddhipongse told the Bangkok Post.

Phuchaphong Notthaisong, deputy permanent secretary for Digital Economy and Society, said the ministry has no authority to instigate the process of sending a take down request to Facebook.

However, it may cite the Computer Crime Act to pursue legal action against online offenders.