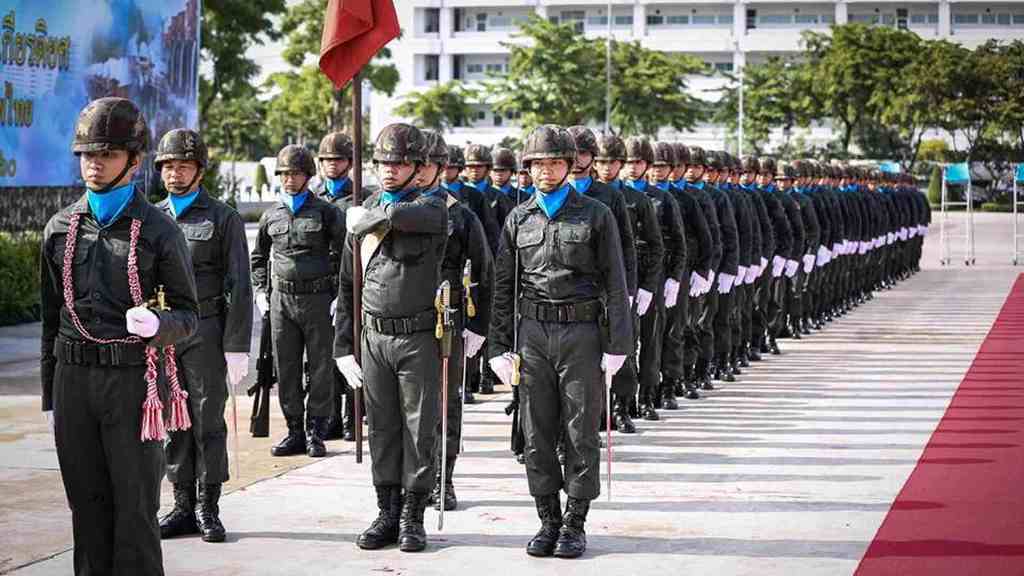 List MP Rangsiman Rome told a briefing at Parliament on Monday that the House Secretariat informed him Gen Prayut had not endorsed the bill. The bill had been submitted by Lt Gen Pongsakorn Rodchompoo and other opposition MPs last year.

Section 133 of the constitution requires that any bill that involves finances or uses the state budget must first be endorsed by the prime minister before it can be debated in the House.

Mr Rangsiman said Gen Prayut had made clear on various occasions he did not agree with a voluntary draft.

“By not endorsing the bill, he abused the constitutional power given him to consider whether a bill will adversely affect the country’s fiscal position. Instead, he used it to satisfy his personal political agenda,” Mr Rangsiman said.

He also pointed out the problems involving Section 133, which allows the executive branch to interfere with the legislative branch from the start.

Since most bills use the state budget, a prime minister can stop a bill he doesn’t like even before it enters the House for a debate, making checks and balances impossible,” he said.

The bill aims to create professional armed forces that are smaller but more efficient. The number of recruits will be lower but they will be trained more intensively. The saved budget will then be used to pay them more and provide scholarships for their studies., he added.

People aged 18-40 may apply, compared the conscription age of 20. The training period will more than double to five years from two. Recruits will have a career and may advance to the rank of lieutenant colonel before being decommissioned at 46.

A system is required to prevent violations of rights at barracks and soldiers may not be served for personal use, with some mechanisms in place to constantly check for violations.

Meanwhile, pressure has mounted over treatments of Army conscripts over the past week. Because two army conscripts were found dead in their bases in Northeastern Thailand. Relatives of one of them on Monday asked the Crime Suppression Division (CSD) to handle the case. Citing pressure on the family and local police.

Army deputy spokesperson Col Sirichan Ngathong said Pvt Pichawat had taken a leave on Oct 24 but failed to show up for work later. He was brought back from his hometown and was punished according to Army regulations. The regulations involved him staying at the base’s headquarters and doing public service, mainly farming.

While being detained, Pvt Pichawat escaped and his family took him back to the base on Thursday. He stayed at the headquarters and at noon on the following day he was found dead.

His mother, Nooklai Boonwiset, 47, told the Bangkok Post that officers had called her last week, asking her to persuade her son to return to the base.

“But after he complied, he told me on the phone that he was pinned to the floor and beaten on his back while his hair was cut. Chili and salt were put on the wounds on his back,” she said. Her son also told her he did not want to return and feared for his life.

She also said her son had tuberculosis and was easily exhausted. A doctor had earlier recommended a medical leave for six months. According to media in Thailand, officers at the base, Pvt Pichawat used a rope to hang himself in a bathroom.

His relatives, who were refused access to see Pvt Pichawat body, did not believe the military’s report. His body was sent for another autopsy at the Police Genera Hospital in Bangkok.

In the other case, a Facebook user posted that Pvt Sataporn Piadpad had died while being detained in a cell at the 36th Military Circle in Phetchabun province.

His mother Panun Piadpad, 47, told reporters at the funeral that her son had asked for a leave to attend the funeral of his grandfather in his home province in June. He did not return until Nov 1 and was put in a cell as a punishment for 27 days.

According to her, the cause of death was heart failure. She said her son had not been beaten and the family would not pursue a criminal case. Instead, she would take legal action against the Facebook user who spread the news.

Referring to the two cases on Monday, army chief Narongphan Jitkaewtae said the army would not protect wrongdoers.

“Thailand’s army cannot deny responsibility when someone was found hanged in its jurisdiction. Those in charge will face disciplinary action,” he said, referring to Pvt Pichawat’s case.

He added if any officer was found guilty in a criminal investigation, he would face legal action. He offered condolences the families of the deceased and said the army would take good care of them.

Beating causing death is not the army’s policy, said Gen Narongphan. “The last case happened two years ago and it should never have happened again.”