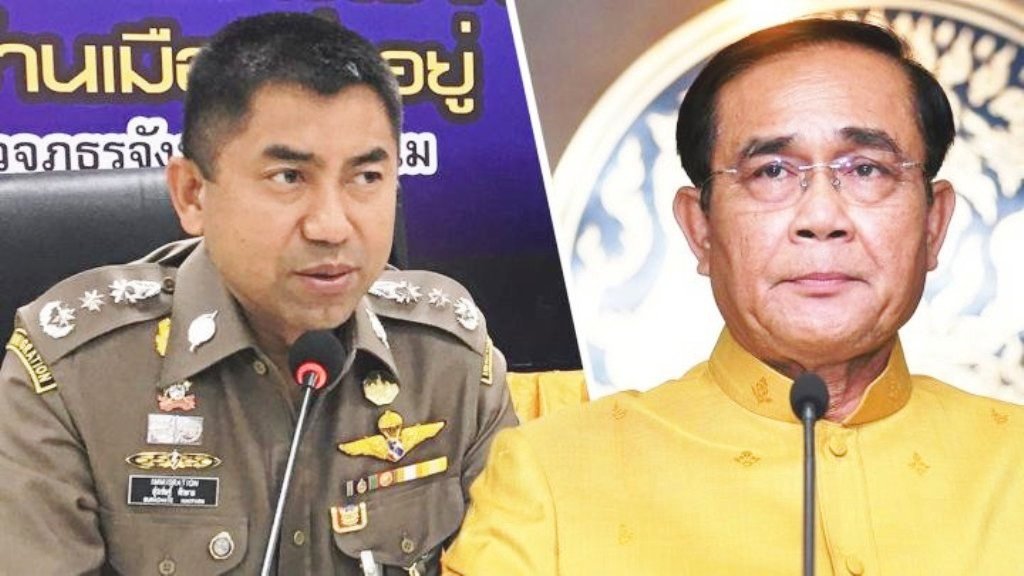 The warning also said that failing to observe official codes will warrant a disciplinary probe.

The transfer order was issued on Thursday after the Royal Thai Police (RTP) reportedly formed a panel on Tuesday to investigate the matter, and Pol Gen Wirachai was quickly transferred to the Prime Minister’s Office to ensure a transparent probe.

Also on Thursday, Pol Gen Chakthip issued directives to nullify all jobs Pol Gen Wirachai had been assigned to do, including his work on intellectual property violations.

The transfer order was related to the shots fired at the Lexus SUV owned by Pol Lt Gen Surachate, a former immigration police chief and now a special civilian adviser to the PM’s Office. The shooting took place on Jan 6, and Pol Gen Wirachai decided to help with the investigation.

On Jan 9, however, Pol Gen Wirachai was told by Pol Gen Chakthip to stay out of the case, but chose to defy the order. Instead he spoke to reporters and observed the examination of the vehicle. His boss had told him to wait for an investigation report from the Metropolitan Police Bureau.

He was also transferred for allegedly leaking a recording of a phone conversation he had with his boss. In the audio clip, which has gone viral, the national police chief was heard warning his subordinate and mentioning a person named “Joke”.

Pol Gen Chakthip was also heard saying that a police general should not take orders from a police lieutenant general, and that Pol Gen Wirachai should not do anything that would put his integrity in jeopardy.

Pol Lt Gen Surachate reportedly linked the gunshots to his call for an investigation into the 2-billion-baht biometric identification system which was approved by Pol Gen Chakthip. He also demanded that the national police chief explain why those behind the shooting have not been arrested.

Meanwhile, well-known lawyer Sittra Biabangkerd has called on the National Anti-Corruption Commission to grill Pol Gen Chakthip about the procurement of the largely inefficient biometric identification system and plug-in hybrid petrol vehicles bought for the Immigration Bureau. He said Pol Gen Chakthip should be held responsible for the purchases.