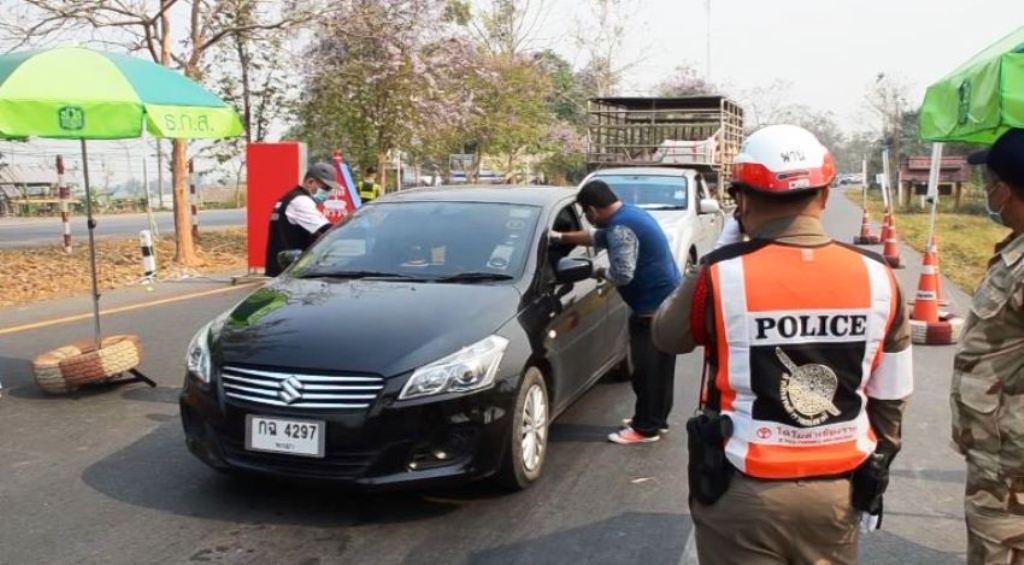 Thailand’s deputy national police chief has told a press briefing that Police checkpoints will be back on Chiang Rai’s roads and nationwide from April 1,2021.

The checkpoints will focus on drunk-driving and other offences in Chiang Rai and all other provinces.

Pol Gen Damrongsak said Thailand’s new police chief recently issued new directives, which must be followed, and checkpoints will again resume. He also said surveillance cameras must be operating at all checkpoints and officers must wear body cams, to ensure transparency.

This applied to all points – whether traffic police, alcohol testing, air pollution or crime prevention.

Each checkpoint must have a sign showing the police hotline 1599 and phone number of the commanding officer in the area, in case anyone wants to file a complaint.

Pol Gen Damrongsak said a police panel had looked into the pros and cons of checkpoints since their use was suspended last year.

It concluded that the absence of checkpoints would lead to a rise in the number of offences – such as drink driving, driving in non-driving lanes and failure to wear crash helmets, drug smuggling and illegal immigration.

Meanwhile, the Technology Crime Suppression Division (TCSD) of the Royal Thai Police has warned that people may be jailed under the Computer Crimes Act for posting April Fool’s stories today (Apr 1st).

The TCSD posted its warning under the banner “April Fool’s Day posts fake news, shares fake news, is guilty according to the Computer Act…”

The cybercrime division noted that it understood that April Fool’s Day was celebrated around the world with pranks and hoaxes, but plainly declared that it was not acceptable in Thailand.

“On April 1 every year in many countries around the world is April Fool’s Day, with people making jokes and hoaxes, but in Thailand posting fraudulent messages or sharing fake news that may mislead the general public are guilty of the Computer Crimes Act,” the Phuket News reported.

“The TCSD warns the public to be careful when posting or sharing news on social media That have a jail sentence and a fine [sic].”

The warning noted that people may be charged under Section 14 of the Computer Crime Act for posting April Fool’s stories, as follows:

Section 14 (1) entering wholly or partially spurious Computer Data or false Computer Data into Computer System in a manner that is likely to cause damage to any other person or the public;

Section 14 (2) entering false Computer Data into Computer System in a manner that is likely to cause damage to national security or stir up public agitation;

Section 14 (5) Any person who publishes or transmits computer data as mentioned above.

The penalty for breaching any of the sections is a fine of up to B100,000 or up to five years in jail, or both.