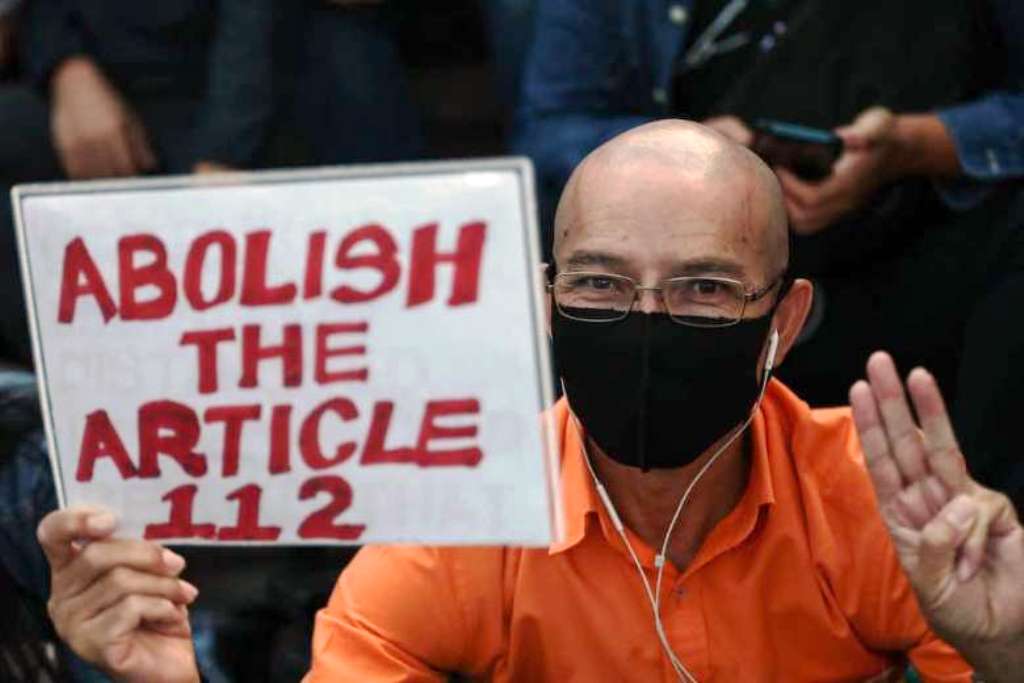 Thailand’s political opposition Move Forward Party has submitted a proposal to amend Thailand’s strict Lese Majeste law. The proposal is a potentially groundbreaking move that it said could ease political tension and improve freedom of expression amid anti-government protests.

The proposed amendment by 44 Move Forward lawmakers comes a day after four leaders of youth-led demonstrations were jailed pending trial under the royal insult law, known as lese majeste, which carries penalties of up to 15 years in prison.

The move is significant in a country where criticizing the king — who is revered among the military and many conservative Thais — has long been taboo and even talking about lese majeste can trigger a criminal charge.

At least 58 activists have been charged with royal insult since November over protests where calls were made for reform of the monarchy and an end to military involvement in government.

Move Forward wants to allow honest criticism of the monarchy, sharply reduce punishment terms and allow only the Royal Household Bureau, instead of private citizens, to file lese majeste complaints with police, which it said would prevent abuse.

Those who defame or threaten the king would still face imprisonment under the proposal, but for up to one year, or a 300,000 baht fine, or both.

“This is a proposal that we think all sides can talk about, can accept and live with, and it will ease the political tension,” said Move Forward lawmaker Chaithawat Tulathon.

Party leader Pita Limjaroenrat said the MFP remained committed to the constitutional monarchy, but the institution must be kept apart from politics.

“We have a duty to prevent groups of individuals from exploiting it [the lese majeste law] by citing loyalty as pretext for filing legal action against others,” he said.

Mr Pita cited this week’s indictment of anti-government protest leaders for allegedly infringing Section 112 and lamented they could be detained indefinitely, despite their peaceful expressions of a political stance.

“This illustrates how Article 112 is enforced in a way that affects the rights and freedom of people in this day and age,” he said. “Preserving the institution under democratic rule will be untenable through the application of the law alone.”

The amendment would need majority support from the military-appointed Senate and the elected lower house, where the army-backed coalition of former coup leader Prayut Chan-o-cha holds a firm majority after disputed 2019 elections.

“Some groups wanted to topple the monarchy, but they are telling society that they are only want to reform,” said Warong Dechgitvigrom, of Thai Pakdee Party.