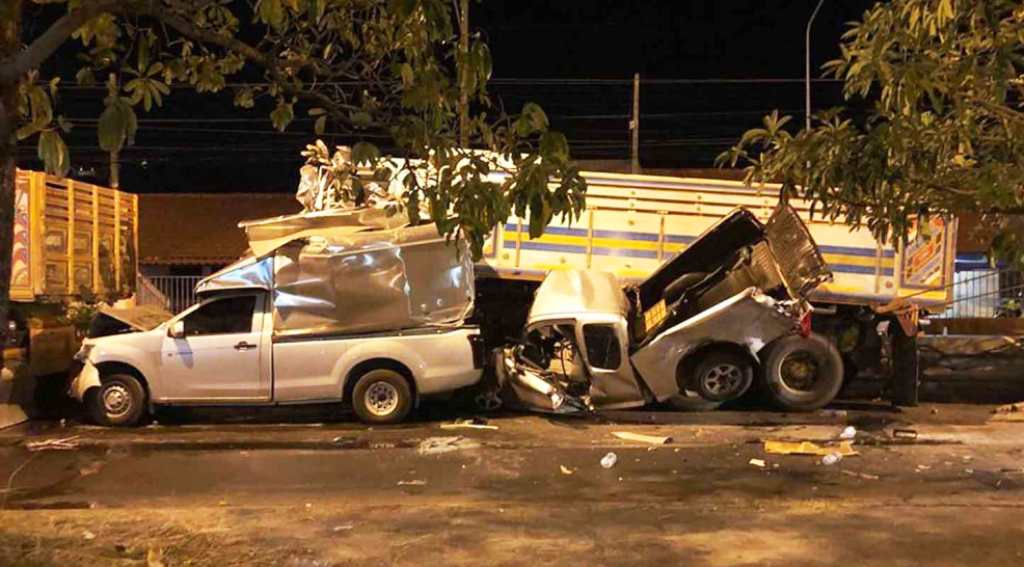 An eight-vehicle pile-up at a traffic light killed one person and injured another on a major highway in central Thailand. The crash involved four big trucks, two pickups and two cars in Prachin Buri city.

One crash victim said she was slowing down her car to stop at a red light when an 18-wheel trailer truck crashed into the rear. Her car was pushed forward into a 10-wheel truck. Which then crushed a pickup truck against a truck in front of it. The crashes continued like a domino effect, she told the Bangkok Post.

A 43-year-old pickup truck driver, and his father-in-law were severely injured. The driver later died in hospital in Prachin Buri. Police are investigating the cause of the crash. Faulty brakes on the 18 wheeler are suspect in the cause.

Photos for Accident scene of pile up: