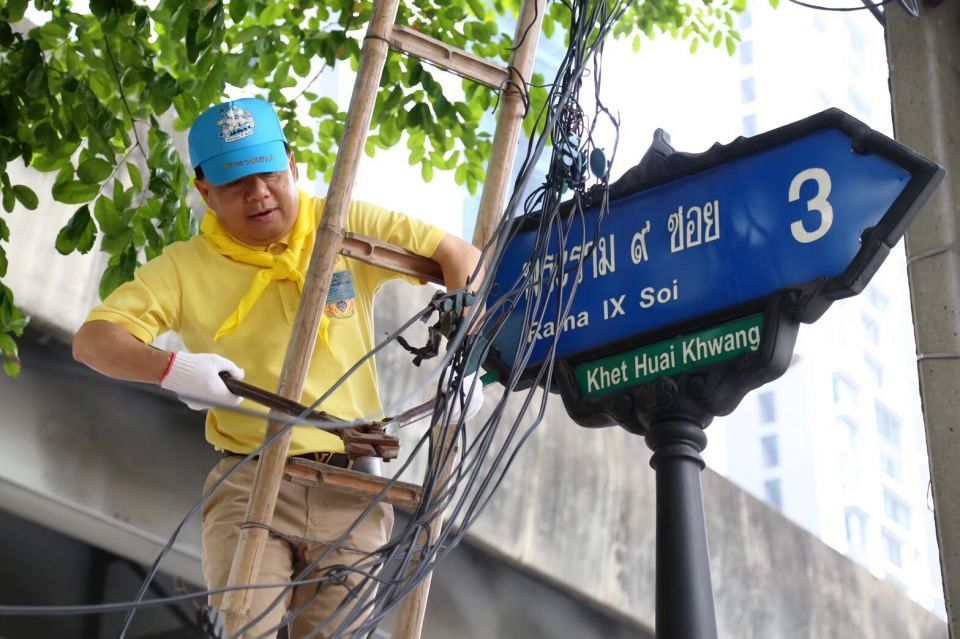 The Telecommunications Commission has reported that officials buried 275 kilometers of overhead wires and communication cables in 2019. The wires were consequently buried on 106 roads nationwide.

Above all in Bangkok, NBTC implemented the project with the Metropolitan Electricity Authority; the Bangkok Metropolitan Administration; and broadcasting and telecommunications operators. The implementation took place on Rama V, Krung Kasem, Rama IX and Asok-Din Daeng roads among others.

Mr Takorn said this year the project would be implemented for a distance of 38 kilometers on eight roads in Bangkok. Even more, the PEA would bury its wires on a combined distance of about 4,000 kilometers nationwide.

The project was also aimed at public safety and landscape beauty, he said.

Shoppers Get Creative After Plastic Bag Ban in Thailand