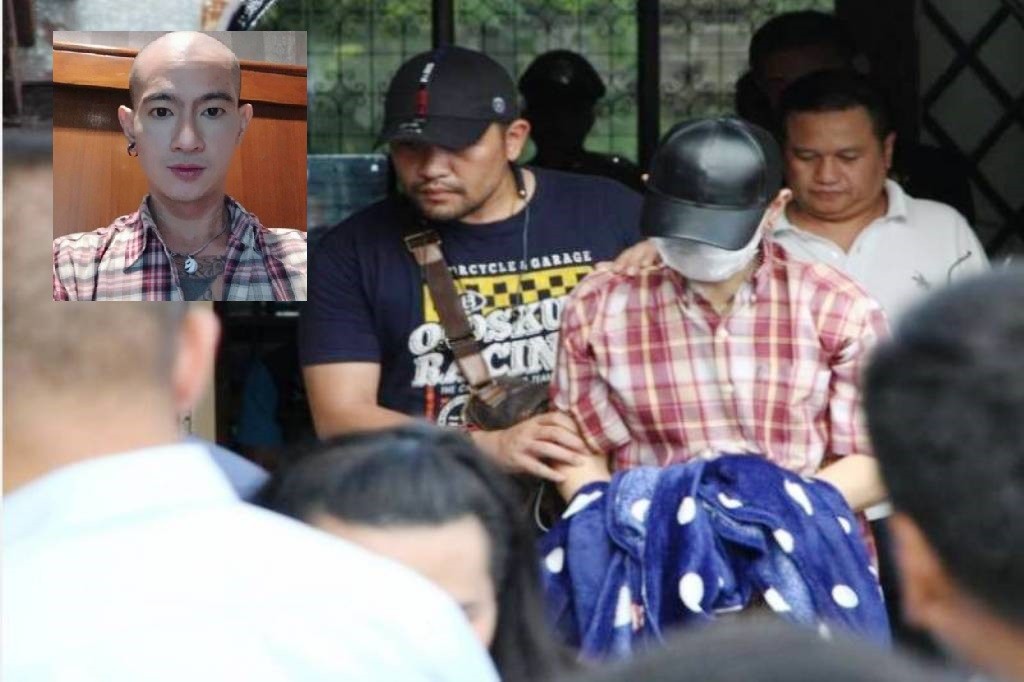 At least 30 human bones and a skull were found in an old metal casket in a pond at the home of a 40-year-old serial killer in Bangkok. Apichai Ongwisit, dubbed “Ice Heep Lek” the metal casket killer, was charged earlier with murdering a young woman and concealing her corpse.

Divers discovered an old metal casket found to contain at least another 30 human bones. Including a skull, an 8 kilogram dumbbell, a chain, a T-shirt and pair of short pants, and some rope.

At least 40 divers from several agencies have taken part in the search of the pond near the serial killers home. Divers have already recovered over 300 human bones in previous dives last week.

Investigators believe some of the almost 300 bones found in the pond last week might belong to a girl aged 12-15, the Bangkok Post reported.

Last Friday, a team of divers found a total of 288 bones in the pond, about five meters away from the spot where they had found a human skeleton on Jan 16th. The skeleton was wrapped in clothes and a bed-sheet, fastened to dumbbells by chains.

The search of the pond was ordered after police were convinced by witness that there were more corpses in the pond.

The killer reportedly earlier admitted he murdered the woman in August last year at his house.

He reportedly forced her into a metal casket, which he locked to ensure she did not leave him. When he opened the casket in the morning, he found she had died from suffocation.

A former girlfriend of Mr Apichai, has told police the man had a violent temper. She believes there were more corpses in the grounds of his house. The property sprawls over almost 20 Rai.

Police said she hasn’t any involvement in the grizzly murders.