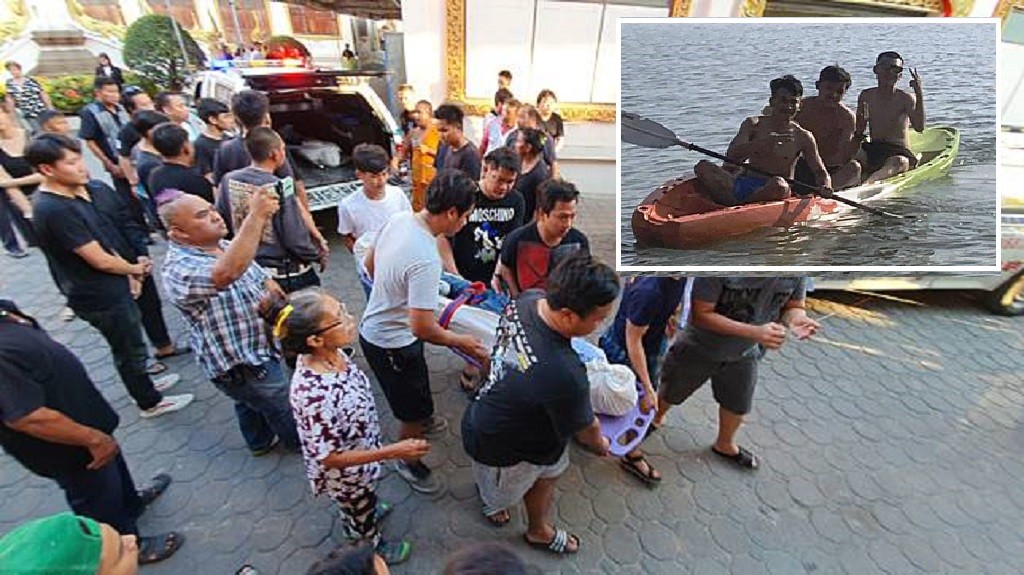 Four tourists drowned after their overloaded kayak capsized in the Kaeng Krachan Lake in Phetchaburi Thailand.The victims were members of a group of 14 young Thai tourists from Samut Prakan province staying at a lakeside resort.

A survivor, identified as Narongrith Meekhun, 21, told police that he and three other friends were drinking and took a kayak onto the lake. He also said none of them were wearing life vests and had been drinking heavily.

He told authorities that, when they were about 70 meters from the shore, the kayak capsized throwing everyone into the water. Narongrith swam ashore to call for help. Mr. Preecha Some, 21, another member of the group, who had remained ashore, jumped into the lake to try to help. Sadly he also drowned along with the three other kayakers.

The resort owner told police that the resort has strict regulations requiring all kayakers to wear life preservers. He admitted, however, to an oversight by the guards due to the number of tourists on that day.

Meanwhile, in Phuket, the driver of a passenger van and four Chinese tourists were injured when the vehicle rammed into two roadside power pole. The van was it was heading from the airport into the town of Phuket.

Police said that the driver, Chatchai Thongchai, had collected the tourists from the airport to take them to Patong.

They also suspect that Chatchai might have momentarily fallen asleep at the wheel, Thai PBS reported.