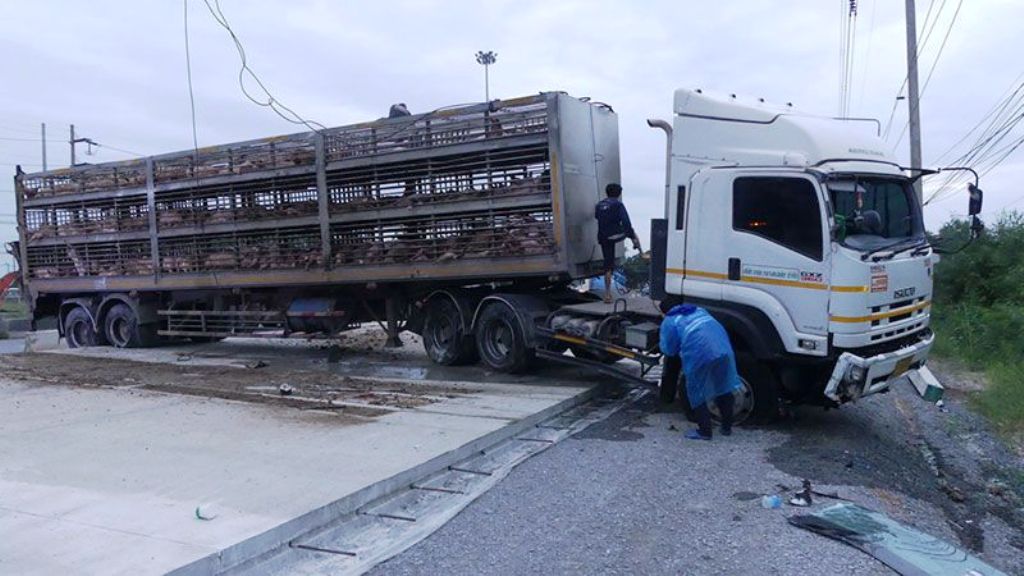 The accident site was like something out of a horror film, with baby pigs screaming in pain and others lying dead.

Officers believe the driver fell asleep behind the wheel and ran into a concrete barrier. The impact of which made the truck flip. The driver faces charges of reckless driving.

Thai pig farmers used to gain $2.8/kg from selling their pigs to exporters in the third quarter of the year when live pig exports from Thailand to Vietnam were at their peak. But the farmers in Thailand are unlikely to reap the windfall in the future as the stock of pigs in Vietnam is being replenished from imports of gilts, piglets, and commercial pigs imported from the country. It is expected that the pig price in Thailand would plunge further until the end of the year or even more.