Heart-Shaped Watermelon Fetches Over US$3,000.00 at Auction
Advertisement 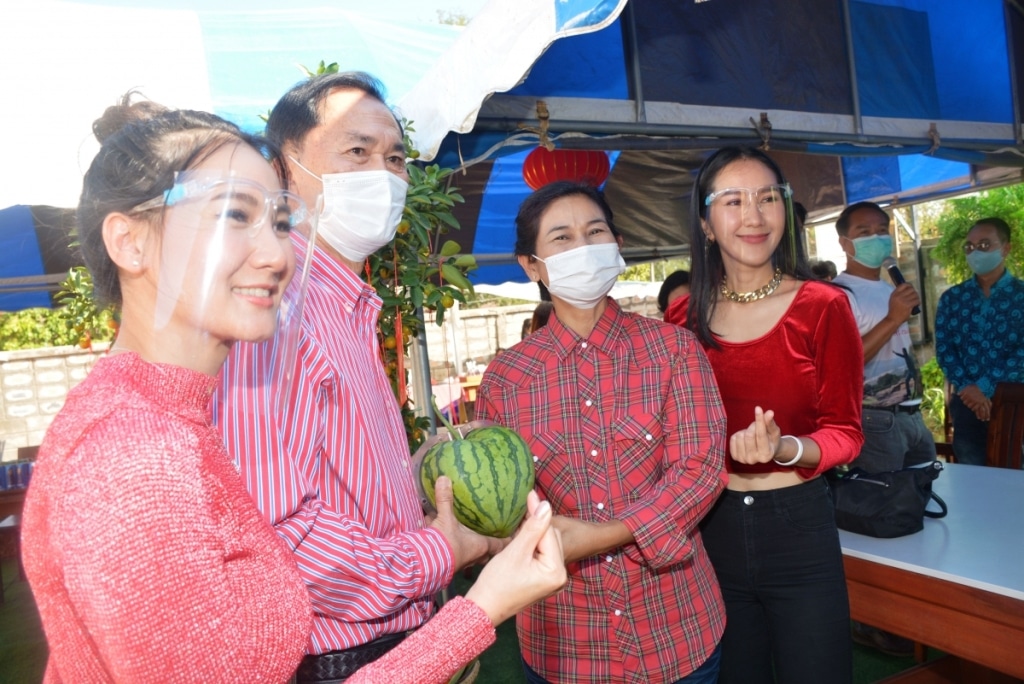 The event was held in cooperation with Tourism Authority of Thailand, Si Sa Ket Tourism Industry Council and Christina Sanitaryware Ltd, owner of the farm which grows heart-shaped organic watermelons in a greenhouse over a 1 rai (0.16 hectare) area.

The bidding price for the heart-shaped watermelons started at Bt50,000 each. Si Sa Ket MP Wiwatchai Hotrawaisaya offered the highest price at Bt100,900.

“I am giving this watermelon to my wife on Valentine’s Day,” he said, adding that the money would go to buy medical equipment for Si Sa Ket Hospital to treat Covid-19 patients. Also participating in the bidding via telephone was action star Phanom ‘Tony Jaa’ Yeerum, a lead actor in “Monster Hunter” movie, who helped attract the crowd and added colour to the event.

hanchanon Chatmethakul, managing director of Christina Sanitaryware, said that the company’s watermelon farm was pioneered by his mother, Chamaimas, who mastered the technique of growing watermelons in heart-shaped containers.

“Our watermelon is 100 per cent organic. It has a mild sweet taste and unique fragrance and could become one of Si Sa Ket’s signature products,” he added. Meanwhile, a little boy found biking along a provincial highway in Si Sa Ket has been rescued from an abusive family relationship in Ubon Ratchathani after the teacher who found him intervened.

A keen-eyed teacher, Sirimon “Bow” Thongsuknok, came across the boy, Kew, aged 11, cycling alone on a highway on the night of Feb 1.

He was fleeing an abusive relationship with his father but rather than telling anyone struck out alone, covering an impressive 35km from his home by the time she found him. The little boy, still wearing his uniform, had left home after school that day.

In between sobs, Kew told her that his father, who is out of work, forces him to play computer games with him at home, rarely lets him see friends, and beats him when he complains. He had been hitting Kew for more than a year, he said.

She arranged to have the boy’s family pick him up. News images showed a clutch of officials, Bow and the boy by the side of the road as they discussed his future.