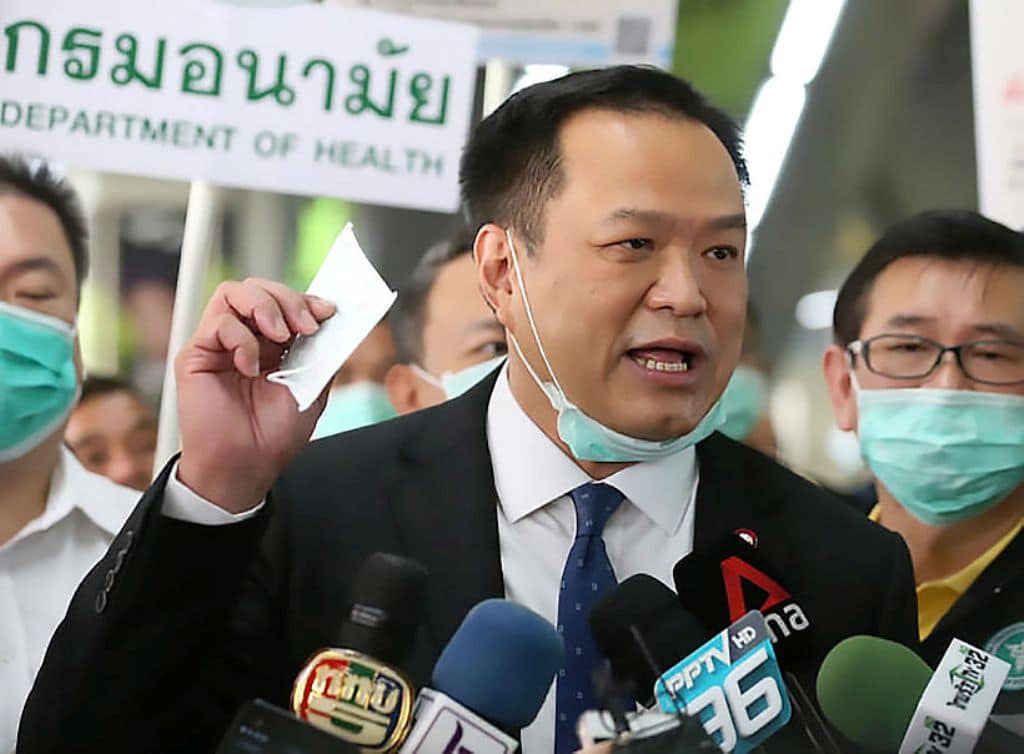 Thailand’s Health Minister has threatened to cease free medical treatment for Covid-19 infected people who break the law and expose the public to infection risks.

While a large number of cases were migrant workers in Samut Sakhon. Furthermore many were linked to illegal gambling dens and smuggling of Thais across the border, the Bangkok Post reports.

Mr Anutin said public health officials at a meeting on Saturday raised concerns about gambling activities that continued unabated and people-smuggling, both of which could contribute to infections spreading further.

It was estimated about 200-300 Thais had illegally crossed the northern border to work at casinos and were seeking to return home after those venues were closed due to the Covid-19 outbreak.

He then proposed a tough stance against gamblers and illegal returnees who put a strain on the public health system and deprived others of medical attention as hospitals were forced to ration medical services.

“The money that is supposed to be spent to provide medical care to the public will be used to look after those who break the laws and who knows for how long and how much. And for how long other people will lose their income and opportunities?” he said.

Medical treatment of the law-breakers

The health minster said while the communicable disease control law requires such people to bear the medical costs themselves, some argue that it goes against basic rights to healthcare under the charter.

“So the question is, should the government pay for treatment of the law-breakers, or it should pay and send the bills to those responsible for bringing in new patients?” he said.

“I’ll discuss this issue with agencies concerned to deter irresponsible acts because they think it is the government’s job to provide free medical treatment when they’re ill.”

Thailand’s Centre for Covid-19 Situation Administration (CCSA) on Saturday reported a total of 212 new Covid-19 cases, raising the cumulative total past 10,000 to 10,053, with no new deaths.

Of the new cases, 187 were local infections, six from active testing and 19 arrivals from abroad. The new round of infections spread to 58 provinces with Nong Bua Lam Phu joining the list.

According to the CCSA, health officials were monitoring a cluster linked to a cockfighting ring in Ang Thong. A total of 101 cases were linked to this group and scattered in eight central provinces.