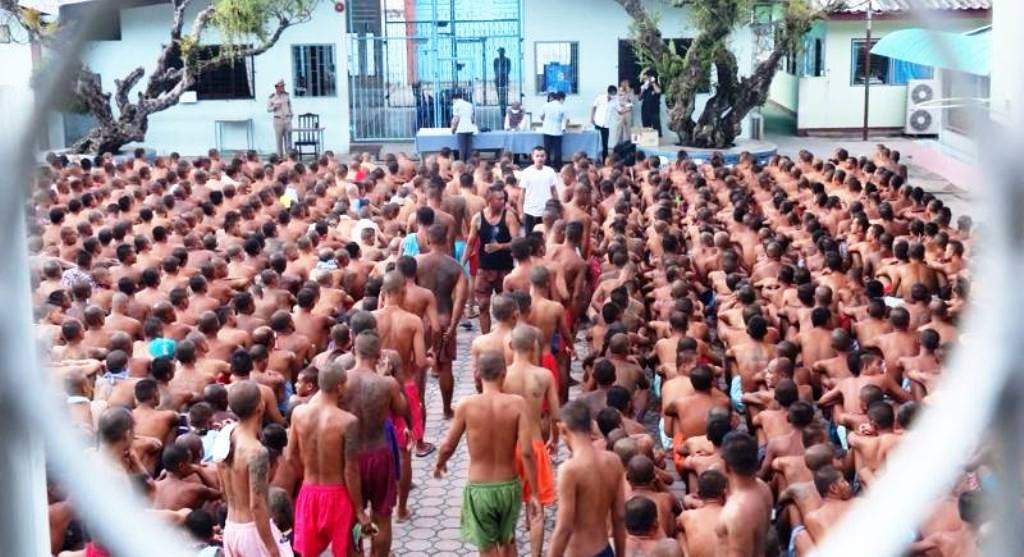 The Correction Department under the Ministry of Justice are considering cutting the prison population by as much as 16% to counter the rapid spread of covid-19 infections among inmates and workers in Thailand’s overcrowded facilities.

Presently more than 10,000 new Covid-19 cases have been reported in about a dozen densely-packed prisons.

These latest clusters have pushed the country’s daily case count to record highs twice in the past week. The government on Tuesday reported the highest-yet daily Covid-19 related death toll, 35 fatalities, for an accumulated toll of 649, and 2,473 new cases, raising the total to 113,555 since the pandemic started early last year.

The Public Health Ministry said 2,473 more cases were diagnosed over the previous 24 hours – 1,793 among the general public and another 680 infections in prisons.

The outbreak in the prison system also reflects conditions in many parts of metropolitan Bangkok, where covid-19 infections have spread quickly in dense slums, crowded construction sites and even a government-housing complex. The slow rate of vaccinations has added to the challenge facing authorities.

“If we can’t get enough vaccines or if we can’t contain the spread quickly, we’ll have to think about reducing the number of inmates in the system through early release,” Justice Minister Somsak Thepsuthin told the Bangkok Post. “They’re already incarcerated. They shouldn’t have to suffer more than that.”

At about 311,000 inmates, Thai prisons are running 5% above official capacity. More than 80% of those incarcerated face charges for narcotics violations. The Justice Ministry is looking at a special early-release programme for about 50,000 inmates, that could include the use of electronic-monitoring systems and adjustment of criteria.

However, Mr Somsak said that the ministry’s current priority is to administer vaccines to inmates and correctional officers to cut infections. In the longer term, Thailand’s drug laws will be changed to allow shorter jail sentences for minor offenses and to focus more on rehabilitation, which will reduce overcrowding and reduce costs, he said.