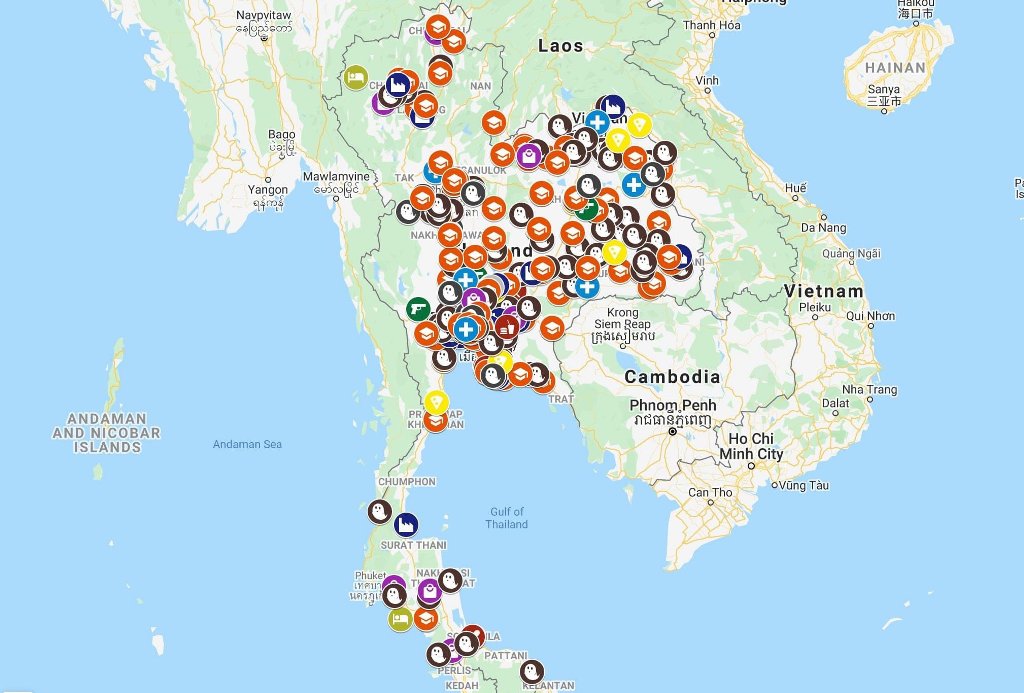 On Monday Alphabet Inc announced Google removed lists of names and addresses of hundreds of anti-monarchy activists from Google Maps. The list was posted by royalists of those opposing Thailand’s monarchy.

Royalist activist Songklod “Capt Poo Kem” Chuenchoopol told Reuters he and a team of 80 volunteers had created the maps and planned to report everyone named on them to police on accusations of insulting the monarchy.

A spokesperson for Alphabet’s Google said by email “the issue is now fixed”, and noted: “We have clear policies about what’s acceptable for user generated My Maps content. We remove user generated maps that violate our policies.”

A version of one of the maps seen by Reuters included the names and addresses of nearly 500 people, many of them students, together with their photos in university or high school uniforms. It had received over 350,000 views.

The faces of those named had been covered by black squares with the number 112, in reference to the article under the country’s criminal code which makes insulting or defaming the monarchy punishable by up to 15 years in prison.

Neither map could be accessed when Reuters tried to open them late on Monday.

Capt Songklod said that he and the team of volunteers sought to highlight those they accused of breaking that law.

“When each of us sees something offensive posted on social media, we put it on the map,” he said. Describing it as a “psychological” warfare operation, Capt Songklod said the aim was to dissuade people from online criticism of the monarchy.

Youth-led protests that began last year brought unprecedented criticism of the monarchy and calls for its reform both on the streets and online.

The government did not immediately respond to comment on the removal of the Google Maps or the content they contained.

Capt Songklod, 54, a retired army officer and prominent right-wing activist, said he considered the operation targeting opponents of the monarchy a “massive success” despite the removal of the maps.

The royalist activist said the content in them had come from public research.

Human rights groups and critics of the establishment said the maps included the private data and addresses of hundreds of people and could put them at risk of violence.

“I started to get panicked messages from young people in Thailand who had been doxxed in a royalist document on Google Maps accusing them of being anti-monarchy,” said Andrew MacGregor Marshall, a Scotland-based critic of the monarchy and one of the earliest to highlight the existence of the maps.

Canadian Embassy Says its Not in a Position to Vaccinate Citizens