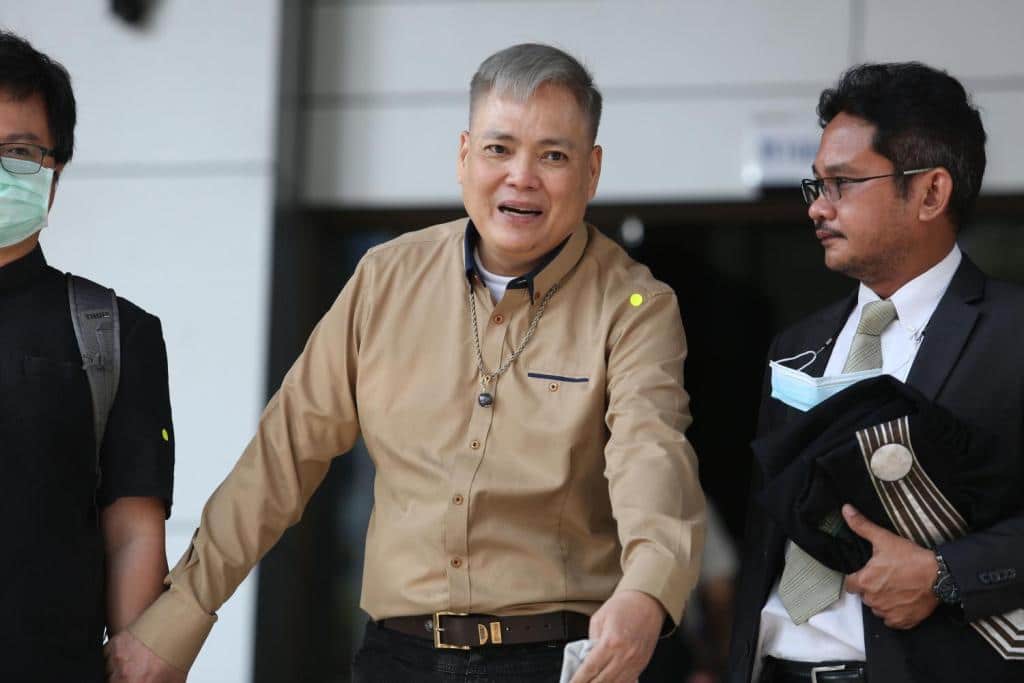 The Criminal Court in Bangkok on Monday jailed a freelance writer known as “Rung Sila” for four years and six months for lese majeste and violating the Computer Crimes Act.

The court originally jailed him for six years but reduced the sentence due to him giving prosecutors useful evidence. He was immediately freed due to time served.

Siraphop Korn-arut had been charged for work published on the “Prachathai” web board during 2009 and 2014. The contents deemed offensive to the monarchy were produced under the pseudonym “Rung Sila”.

He was arrested following the May 2014 coup and was tried in a military court under an order of the now-dissolved National Council for Peace and Order (NCPO).

The case was later transferred to the Criminal Court, where he denied all the charges. Mr Siraphop was remanded in custody for four years and 11 months before being finally granted bail in June 2019.

After the verdict, therefore, he was not sent back to prison and was deemed to have already served sufficient time behind bars.

He said after the hearing that although he was now free to go home, he would still appeal the conviction and sentence because the lese majeste law was being used as a political tool against critics of army coups.

Section 112 of the Criminal Code, also known as the lese majeste law carries a punishment of between three to 15 years imprisonment for those who “defame, insult or threaten the King, the Queen, the Heir-apparent or the Regent”.

The law has been subject to criticism by law lecturers and academics in Thailand who claimed it is flawed by design.

The law not only carries a minimum punishment of three years in jail which makes it impossible for prosecutors to opt for a lighter punishment but it also allows anyone to file a complaint against others without being the damaged party.

Since the coup of 2014, more than 90 people have been prosecuted for lese majeste and 43 have been sentenced, according to the 2018 Bangkok Post article “Lese Majeste Law and Reality”.

Only about 4% of those charged in 2016 were acquitted, the United Nations’ High Commissioner for Human Rights said.