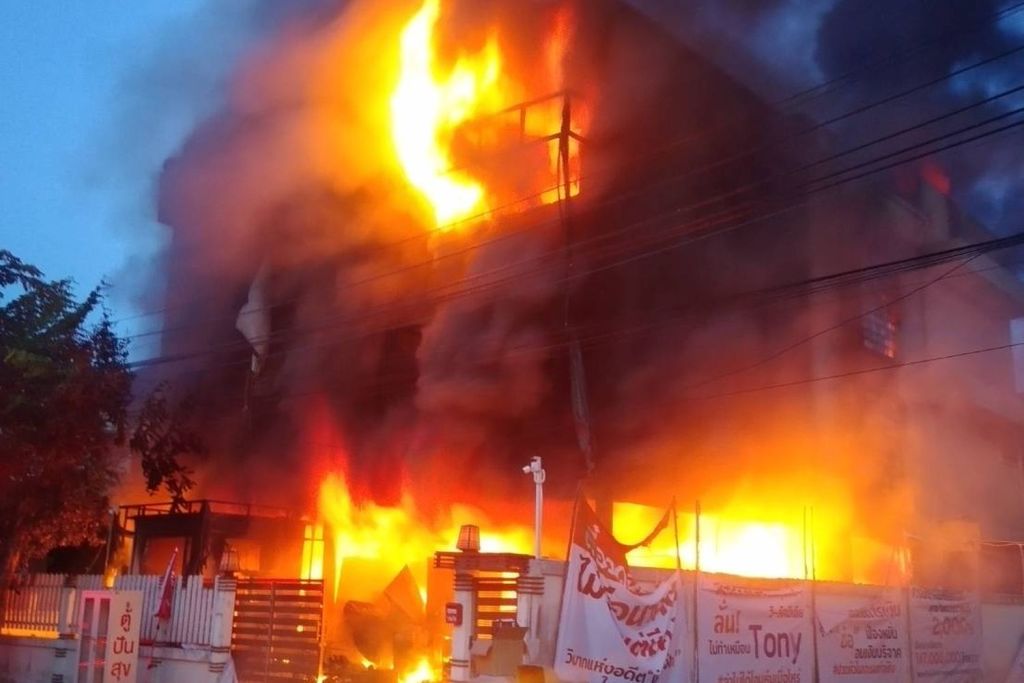 Four volunteer firefighters and one occupant have been killed in a fire at a large house that burnt to the ground in western Bangkok. The house later collapsed after the fire raged through it for an hour from 6am on Saturday.

According to the Bangkok Post the first responders were firemen from the Bangkok Fire & Rescue Department under the Bangkok Metropolitan Administration and rescue volunteers from the Poh Teck Tung Foundation.

Heavy machinery could not be used for fear the structure could collapse further and crush those trapped inside.

At 6pm, authorities checked the temperature to find any survivors. They later concluded all must have been dead since the temperature inside the rubble was more than 100C. 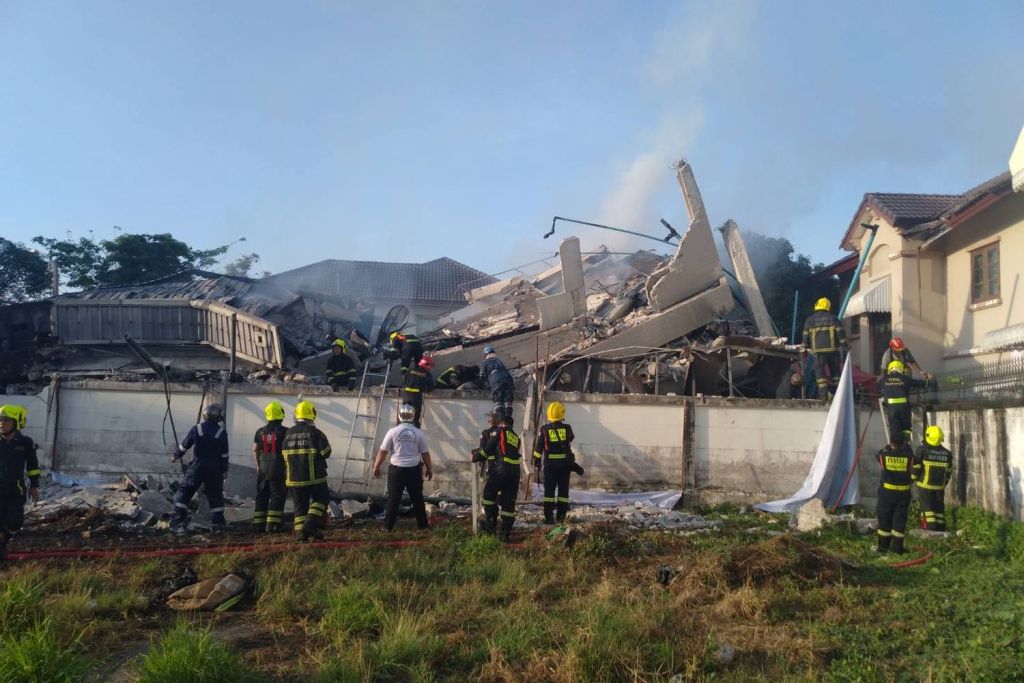 Thanaphob’s body was the only one that had been extracted from the debris as of Saturday evening.

“The cause of the collapse remains unknown. The fire could be the main reason for interiors of the residence building to collapse,” Jiratthikorn Banjongkit, chief of rescue at the Poh Teck Tung Foundation.

Bangkok Governor Aswin Kwanmuang told reporters that there was “no safe passage” to easily retrieve the bodies and see if more had been trapped.

“We will have to gradually drill and use small-sized equipment as larger equipment could cause (the debris) to collapse further.”

Bangkok Governor Aswin also added that a forensic team was investigating the cause of the fire.